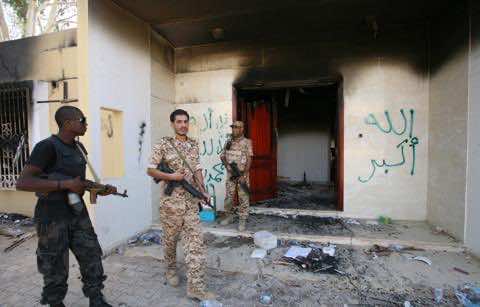 Libya said Friday it has yet to be informed by any Western country of their intention to evacuate citizens after several states issued security alerts for their citizens to leave the second city of Benghazi.

“There has been no formal notice to us from any other country of its intention to evacuate its citizens from the city of Benghazi,” an interior ministry source was quoted as saying by Lana news agency.

Britain on Thursday urged its citizens to leave the eastern city because of a “specific, imminent threat to Westerners” linked to French military intervention in Mali.

Germany, the Netherlands and Australia have all since followed suit.

“The Libyan deputy interior minister for security, Omar al-Khadrawi, contacted the British embassy in Tripoli to seek clarification on the statement released by the British Foreign Office but no response has been received,” ministry spokesman Mejdi al-Arfi said, also quoted by Lana.

Deputy Interior Minister Abdullah Massud expressed “astonishment” at the warnings on Thursday, and said his government would demand an explanation.

“If Britain was afraid of threats to its citizens, it could have pulled them out quietly without causing all the commotion and excitement,” Massud was reported to have said on Friday.

“The British Foreign Office statement sparked growing concerns by various diplomatic missions and foreign companies in Benghazi and led them to seriously consider leaving the city,” Lana quoted him as saying.

Benghazi was the cradle of the uprising that ousted dictator Moamer Kadhafi in 2011 and also the city where a US ambassador was killed in an attack last September.

The initial alert from London came hours after British Prime Minister David Cameron warned that last week’s deadly attack on a gas complex in Algeria was only one part of what would be a “long struggle against murderous terrorists” around the world.