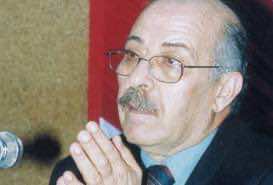 The central bank governor warned on Friday that unless there is a “miracle,” chronic unemployment will persist in Tunisia where sometimes violent social unrest has taken place two years after the revolution.

“If the job market manages in the coming years to solve the unemployment problem, it will be a miracle,” Chedly Ayari told Shems-FM radio.

Based on studies looking ahead to 2015-2017, Ayari said unemployment could settle at 10-11 percent under “ideal conditions” in the economy, as opposed to the current 17-18 percent.

The lack of jobs and dire social conditions, especially among the young, were driving factors behind the revolution that ousted long-time dictator Zine El Abidine Ben Ali in January 2011.

Hopes for rapid change have been dashed, resulting in the outbreak of serious social unrest descending into violence.

The North African nation has been rocked by discontent that exploded into violence earlier this month in the southern town of Ben Guerdane and at Siliana in the northwest last month, injuring 300 people.

The precarious security situation during the past two years and a cloud of political uncertainty hanging over the country have also caused a rapid fall in investment, adding to the unemployment problem.