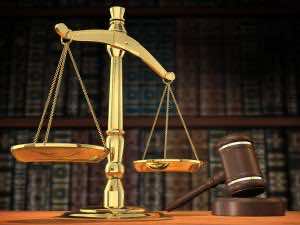 An Algerian terror suspect accused of actively supporting Al-Qaeda in North Africa won his appeal on Friday to stay in Britain after a judge ruled he would likely commit suicide if he was deported.

In the same judgment, Judge John Mitting ruled that six other Algerian terror suspects must leave the country, although he said this would not likely happen for some time as they continued their lengthy battle against deportation.

The Algerian allowed to stay, a 43-year-old referred to only as “G”, claimed asylum in Britain in 1995 when he was caught arriving on a fake passport.

According to a previous ruling at the Special Immigration Appeals Commission (SIAC), the man does not dispute the British government’s case that he poses a risk to national security.

He is a suspected active supporter of various international terror groups, including the Armed Islamic Group (GIA), which sought to create an Islamic state in Algeria, and the group now known as Al-Qaeda in the Islamic Maghreb (AQIM)

Western leaders have warned of the dangers posed by AQIM following last week’s bloody attack on a gas complex in Algeria, which killed dozens of people, most of them foreign energy workers.

The Algerian man, who is currently free on bail, is accused of having supplied passports to extremists and helped raise funds for them.

However, the tribunal heard that he is seriously depressed and how, after attempting suicide in his prison cell at the high-security Belmarsh prison in 2005, he requires round-the-clock supervision to ensure his safety.

“We are persuaded by it (the evidence) that the risk that G would commit suicide, especially after arrival in Algiers, is very high,” Mitting said.

The judge said Britain would be in breach of article three of the European Convention on Human Rights, which protects against torture or inhuman or degrading treatment or punishment, if it were to send the man to Algeria.

The other six Algerians had claimed they would be at risk of torture or poor treatment if sent home, but Mitting said the Algerian government had made reliable promises about their safety.

However, he conceded that the men were unlikely to be deported any time soon, saying that after seven years of legal battles, there was “as yet, no end in sight” to the case.

Mitting is the same judge who blocked the deportation of radical cleric Abu Qatada to Jordan in November, a decision which the British government is contesting.