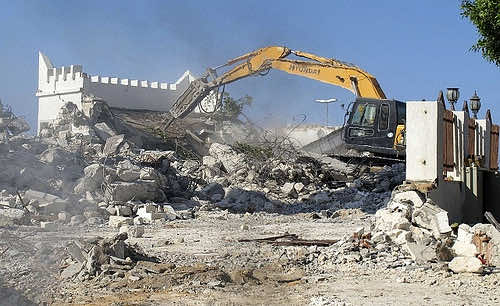 The Tunisian government on Friday condemned a wave of “outrageous” attacks on Sufi shrines by suspected hardline Islamists and vowed to identify the culprits.

“Outrageous attacks on mausoleums in several regions and cities of Tunisia have increased recently,” the Islamist government, dominated by the Ennahda party, said in a statement.

Prime Minister Hamadi Jebali vowed to work to “find out who committed or ordered these acts.”

Two Sufi mausoleums were torched on Thursday, police and media reported, in the latest violence which the mystical Muslim sect claims is being carried out by ultra-conservative Salafist Muslims.

On Wednesday, Sufi officials said another one of their shrines in Tunisia had been torched the day before, also blaming Salafists and saying this brought the number of such attacks in the past few months to almost 40.

“The people behind all the attacks are Wahhabis,” a Salafist branch of Sunni Islam rooted in Saudi Arabia, said Mazen Sherif, the deputy head of a Sufi union set up to counter the attacks.

“This is just the beginning. They will go on to destroy the (Roman) sites in Carthage, El Jem and Duga. Then they will force men to grow beards and women to wear the full veil,” he said.

According to the union, which urged Tunisia’s Islamist-led government to take effective action, such attacks are financed from abroad.