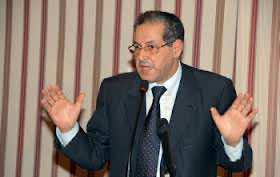 Morocco has no plans to send troops to Mali although the north African kingdom supports France’s intervention against Islamist militants there, the Moroccan interior minister said on Friday.

“This is not on the agenda,” Mohand Laenser told a press conference about the possibility of sending troops, after a meeting with interior ministers from France, Spain and Portugal.

“We support all efforts which help Mali remain united and protect its institutions. France’s intervention is such a case and we are not against it.”

Morocco is a staunch ally of France, the former colonial power, and has allowed French jets which have bombed Islamists camps and logistics bases in Azawad to fly over its territory.

Spain’s interior minister Jorge Fernandez Diaz also expressed his country’s solidarity with France’s actions. “We have allowed overflying by French planes and we have given equipment to transport African troops,” he said.

But he declined to comment on whether Spain would send soldiers to Mali. “European defense ministers are in talks,” Fernandez Diaz said.

The four countries have signed an agreement to expand police cooperation in issues such as terrorism, illegal immigration and drug trafficking, and will improve information exchange, particularly in the investigation of financial assets.

“Our war against terrorism forces us to be increasingly vigilant. Like Morocco, Spain and Portugal, France is an enemy of terrorism and we have signed an agreement to pool our efforts,” French interior minister Manuel Valls told reporters.

Morocco’s moderate and radical Islamist groups are opposed to the French campaign in Mali.

The Attawhid wal Islah movement, which is behind the Islamist Justice and Development Party that heads the government, has openly opposed the campaign.

“It is reminiscent of the disasters of foreign interventions in other Islamic countries,” the movement said in a statement posted on its website.

“The movement opposes fundamentalism, separatism and the use of weapons by movements which bring civil war and provoke foreign intervention”.