Morocco World News
Home Highlights on Morocco Analysis: What is at stake behind the hostage-taking of Algeria? 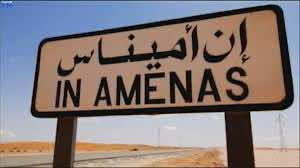 The curtain has not yet fallen completely concerning the bloody hostage at the gas site of In Amenas. According to countless observers, future impacts on Algeria will both be domestic and international. Regarding security, Algeria which was seen as a model in the fight against terrorism is no longer credible. Indeed, the Algerian authorities which had shown great efficiency in containing the “jihadist risk” mainly represented by AQIM since 2007, have apparently been taken aback by the operation in In Amenas.

The gas site that lies in the middle of the country, not far from the very strategic Hassi Messaoud oil field, was theoretically out of reach of potential terrorist attacks. The group of jihadist attackers has indeed traveled hundreds of kilometers from the border with Mali, from where they came with several vehicles, all the way up to In Amenas. The police and the Algerian army that crisscross the region never reported them. Worse, the group first attacked a bus taking workers to the gas site. Few hours late, the hostage crisis began without the army noticing, even though it was strongly present in the vicinity.

On site, the group encountered no resistance from the soldiers stationed around the complex or from the sixty private security guards responsible for ensuring the safety of the site. The ease with which the forty attackers broke into the scene raises several questions. Observers believe that terrorists might have been helped by insiders on the site or even among the local population. Some commentators do not hesitate to mention complicity within the Algerian army-a thesis relayed by Mauritanian news sites- as the probability of failure does not seem tangible.

According to former French intelligence officials familiar with the region, southern Algeria is particularly well guarded. Algerian oil and gas production sites, as well as the roads leading to them are subject to a thorough grid day and night to “detect ants,” people in Paris says. So how could dozens of armed men drive almost 400 kilometers in the desert and close to strategic sites without running into any barrier and army patrol? The question remains now fully raised.

On the other hand, once on the site, the forty terrorists soon released the majority of Algerian employees. According to Western hostages, the behavior of the jihadists was “weird.” They seemed confident and wanted to turn back and take about sixty hostages to the Malian border. The terrorists reportedly picked foreign employees with a predilection for Americans, British and Japanes. In fact, they confused Japanese and Filipinos. According to the testimony of some hostages, the jihadists didn’t even bother taking the hostages’ cell phones. Several hostages continued to circulate freely on the site and recorded scenes using their mobile phones.

The behavior of the Algerian authorities during the hostage-taking remains a total enigma. At first, Interior Minister Dahou Ould Kablia told the media that the operation was the work of a group of Algerians from the same region, before retracting and declaring that the vehicles of the attackers were from Libya.

Dahou Ould Kablia was covered with ridicule when he claimed that his authorities had recognized the voice of Mokhtar Belmokhtar among the attackers. Shortly after, the Minister of Communication took over to inform the media on the progress of the assault and the intervention of the Algerian army.

Meanwhile, the most contradictory information about the identity of terrorists, their claims and the number of hostages and victims, continued to circulate. Algerian officials were probably overwhelmed by the turn of events. According to the analysis of several specialists in this kind of situation, the Algerian troops showed that they were unprepared when they gave the assault against the terrorists. The use of helicopters during the intervention is incomprehensible.

“The Algerians have acted like the Russians. They gun the kidnappers and hostages indiscriminately. The majority of casualties among the hostages died at the hands of the Algerian army, “growls a former commando of the DGSE. “The intervention forces could have waited until the night and used infrared equipment to get closer and try to neutralize the terrorists,” the same source added.

Finally, several questions still remain unanswered. Why did President Abdelaziz Bouteflika choose to adopt a low profile throughout the crisis and why did the Minister of Defense and the Chief of Staff of the ANP did not get involved? Those questions arose today in Western embassies and will apparently remain unanswered. “What is at stake today in Algeria is not only Abdelaziz Bouteflika’s succession, but also Generals Mohamed Mediène’s and Gaïd Salah’s,” whispers a former Algerian Prime Minister.