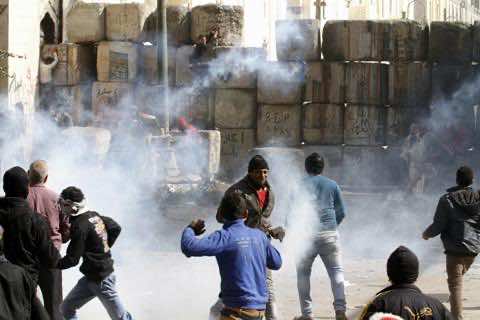 Egyptian protesters stormed two police stations in the canal city of Port Said on Saturday amid deadly clashes following death sentences handed down after the country’s worst ever football violence.

The police stations of Al-Sharq and Al-Arab were stormed, an AFP correspondent said, and heavy gunfire could also be heard in the Al-Manakh neighbourhood.

Ambulances ferried the injured to hospitals around the city as all shops and businesses closed for the day, protesters set tyres alight in several streets and mosques urged worshippers to donate blood at the city’s hospitals.