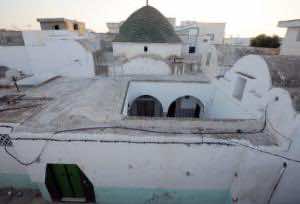 Tunisia’s government has promised emergency measures to protect Sufi Muslim mausoleums, which have been targeted in a number of attacks by suspected hardline Islamists, the culture minister said on Saturday.

An emergency strategy will be put in place by the “culture, interior and religious affairs ministries to cope with repeated attacks against mausoleums,” official news agency TAP quoted Mehdi Mabrouk as saying.

Two Sufi mausoleums were torched on Thursday in the latest violence, which the mystical Muslim sect claims is being carried out by ultra-conservative Salafist Muslims.

Mohamed El Heni, the head of a Sufi union set up to counter the attacks, welcomed Mabrouk’s promise but said no concrete action had been announced in the eight months in which nearly 40 shrines had been destroyed.

“We welcome this initiative but repeat that the government had responded too late. We hope that (the measures) will be implemented as quickly as possible and that this is not purely an (empty) announcement,” he told AFP.

According to the union, which has urged Tunisia’s Islamist-led government to take effective action, such attacks are financed from abroad.

Hundreds of Sufis celebrated without incident the birthday of the Muslim Prophet Mohammed at an annual gathering at the Sidi Belhassen Chedly in southern Tunisia on Saturday, an AFP photographer said.