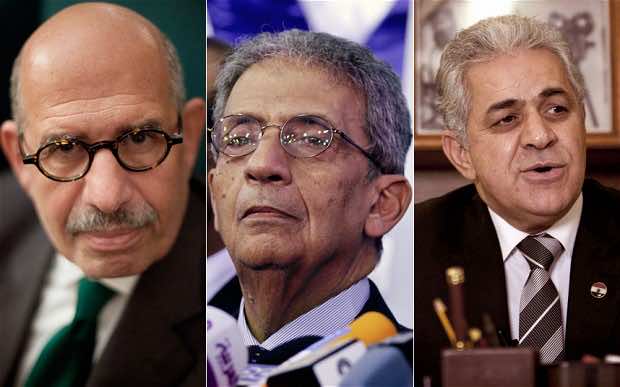 Egypt’s opposition threatened on Saturday to boycott upcoming parliamentary polls if President Mohamed Morsi does not find a “comprehensive solution” to the crisis gripping the country.

The National Salvation Front (NSF), the main coalition of parties and movements opposing the ruling Islamists, called for the creation of a “national salvation” government, saying that otherwise it will “not participate in the next parliamentary elections.”

The statement comes as Morsi faces his worst crisis since he took power in June. Clashes in the canal city of Port Said left at least 22 dead, a day after nine people were killed in clashes between police and anti-Morsi protesters.

The NSF condemned the deaths in what it called a “new revolutionary wave” and called on Egyptians to protest peacefully.

It called for the formation of a new national salvation government, a committee of judges to amend to constitution it deems “void” and the firing of the prosecutor general appointed by Morsi.

If these conditions are not met “in the coming days”, the NSF “will call on the Egyptian people to protest on Friday to bring down the constitution” and call for early presidential elections.

A new Islamist-drafted constitution was adopted in December, but the opposition says it fails to protect key rights.