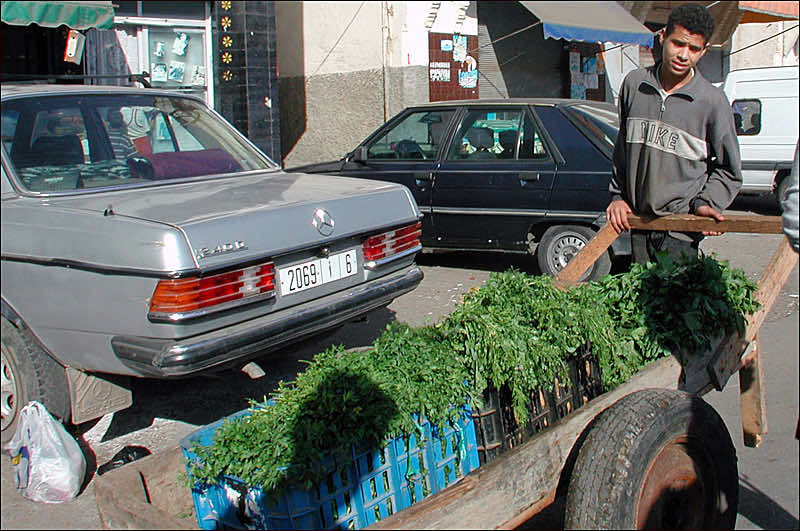 The minister said that the previous approach was unilateral and based on the settling of these traders by the authorities. A new organisational framework will be created to enable traders to work legally, he said told Parliament on January 8th.

Traders will be allowed to work at specific locations during set hours in towns. Amara also announced that the ministry intends to set up a fund to finance the new reform, which will include awareness-raising and training aimed at traders.

A pilot scheme will soon be run in Kenitra, 40km north-east of Rabat, in partnership with the local authorities, he said.

The roughly 240,000 street vendors in Morocco’s towns and cities are the breadwinners for over 1.3 million people, Amara added.

MPs questioned the minister about the phenomenon, for which “no effective strategy has been put in place”. They highlighted the need to find working solutions to manage these traders and to help tackle their insecurity while also preventing public places from descending into anarchy.

That is what the traders themselves want as well. Some of those who were contacted by Magharebia recalled the case of their “colleague” Mohamed Bouazizi, whose actions sparked the revolution in Tunisia.

Thirty-two-year-old Karim Msemmer became a fruit trader four years ago. The law school graduate was unemployed for five years before he decided to get into the profession.

He said he would like to have a shop where he could trade without having to worry about police officers patrolling, who sometimes confiscate street vendors’ wares.

“Our situation is fragile. Our incomes are very limited. If the state helps us, things can change,” he said. Msemmer earns between 2,500 and 3,500 dirhams a month and has to provide for a family of six.

When Souad Cherrat’s husband died ten years ago, she went to work to support her three children. At first she sold vegetables, but then she decided to sell clothes.

“My daily life is tough. There is always the fear of the authorities. Besides that, staying in the street all day and for part of the evening without any protection from the cold or the sun causes health problems for traders,” she said.

Sociologist Samira Kassimi said that the government must improve the social situation of street vendors, who she said constitute a real ticking time-bomb.

“The state must help to end their insecurity. These traders must move from the informal sector to the formal sector with the help of financial and technical support,” she said.

The approaches that were adopted to date revealed their limitations, especially when vendors were moved to markets located on the outskirts of towns, she added.