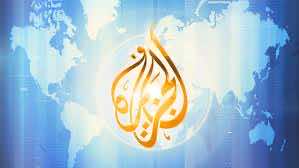 Aljazeera posted on its website a list of over 100 job openings for its soon-to-launch Aljazeera America, which will focus on providing international and domestic news content for American audiences .

The Qatari-owned network said in an anouncement that it is planning to double the network’s U.S-based staff to more than 300 employees and expand throughout the US.

The news of Aljazeera being recruiting journalists and employees for their new AJ America has brought many to ask whether Aljazeera is going to change the face of American journalism.

“Aljazeera is determined to have a seat at the table, and they’ve bought their way in”, said Brian Stelter, NewYork Times media reporter in an interview for the huffingtonpost. “it looks like they’d like to hire a lot of journalists and prove to the country that they are here to do journalism, not to do some kind of propaganda”.

Aljazeera’s expansion ambitions are not only tied to the U.S market.

Ahmed bin jassim Al Thani, Aljazeera’s director general said in an anouncement published on January 2nd that the network is also planning to launch Al Jazeera Turk for the Turkish-Speaking region in 2013.