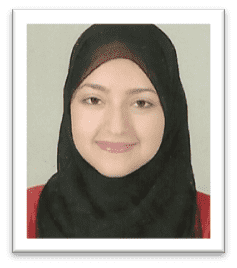 Having read an article in qandisha.ma, an online magazine that deals with women’s issues, about another case of rape in Morocco opened my eyes to the social and judicial definition given to rape by both citizens and the government. The person that the article described and who underwent the rape was neither a virgin, nor did she have a weak body, which apparently matter when it comes to acknowledging rape and sentencing the rapist here in Morocco.

Being strongly built, financially independent and a non-virgin prior to the rape, question the victim’s claim of actually being raped, and of how serious the matter is in the eyes of society for two main reasons. The first has to do with the stereotyped image made by the society of women who undergo rape, which is restricted to a girl who is too weak to defend herself and who’s young enough to attract rapists. Apparently, some people still think that when women get older, they are no longer attractive! They also think that a well-built woman wouldn’t “let” herself be raped, as if the victim “chose” to be raped! The second deals with virginity as an essential criterion of weighing if the damage made by the rapist is to be acknowledged or not. What the Moroccan society will say when hearing of a non-virgin being raped will sound as follows: “It’s no big deal; at least she wasn’t a virgin!”

Consequently, if the victim falls under the two aforementioned categories, society then shows their compassion and support to her. This irrational way of dealing with the issue of rape is based on yet another irrational perception of honor related to virginity. Moroccan society in general, and men in particular, strongly believe that if a girl is still a virgin when they marry her, then it is a way of making sure she’s pure and that she never had any sexual relationships before. Some of them even go to the extent of considering divorce, or actually going through with it, if they happen to find out that the person they married wasn’t a virgin and that she falsified the medical certificate which proves she is. This certificate, might I add, is an essential document here in Morocco that a girl needs to hand it to her husband, his family, and the court before getting married.

Aren’t these narrow-minded men well aware that there is a number of ways of having a sexual relationship with a girl without losing her virginity? Don’t they know that in many cases, a girl’s hymen is torn or destroyed during sports activity, or through rape itself, and that about 20% of women are born without hymen, which doesn’t make them any less honorable? Haven’t they ever heard of famous plastic surgeries that women go through to “restore” their virginity since they know it is such a necessity in order to be able to get married? Therefore, all the misconceptions and stereotypes that Moroccan society bases itself on are based on illusions, lies, and superficiality.

Now, let’s move to the judicial definition of rape in Morocco, which was surprising to me and might be shocking to most of you. Article 488 of the Moroccan penal code defines rape as “the act under which a man has a sexual relationship with a woman against her will”. Thus, if a man rapes another man, it will not be recognized according to the Moroccan penal code. Also, according to article 486 of the same code, if a girl loses her virginity after being raped, the rapist is sentenced from 10 to 30 years in prison.

However, if she wasn’t a virgin when the rape occurred, the rapist will only be sentenced from 5 to 10 years in prison, a fact which stresses the above-mentioned fact of weighing the damage caused by rape depending on virginity. Unfortunately, no one talks about the psychological damage the person raped goes through after this heinous act, which is in my opinion more serious than the physical one.

Alas, being raped is still a taboo in Moroccan societies, and a person who undergoes rape is usually ashamed of reporting it, knowing how disgracefully a lot of people in their entourage will look at them. They also know that even if they do report it and bear all the rude remarks they will hear, their rapists may not even go to prison, if there wasn’t enough evidence to sentence them or if they were in powerful and influential positions, just like what happened lately to two young girls in a city in the North of Morocco who suffered from gang rape in total absence of justice.

Let us all remember that, by keeping quiet about the issue, we are contributing to its propagation in our society. By being ashamed to report it to the police, we are giving power to the abuser who will not hesitate to commit this misdemeanor over and over again, knowing that they will not be punished for it. Let us all put ourselves in those victims’ shoes and treat them mercifully. They have suffered so much already, why do we insist on making life a living hell for them and lead some of them to even commit suicide? Their blood is on our hands, so let’s think twice before uttering the least word or even look that might open up their already-bleeding wounds.