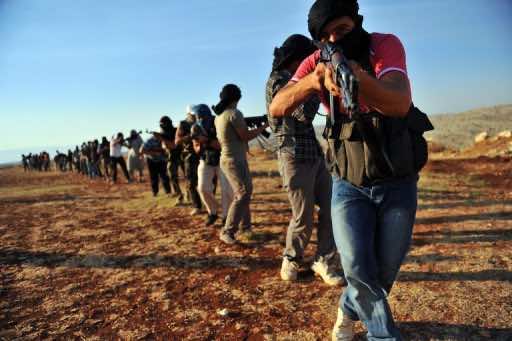 The flow of foreign fighters into Syria, flood of arms across North Africa, war in Mali and terror attacks highlight the jihadists’ return in a region rocked by the Arab Spring, diplomats and analysts say.

The combination of factors, following the absence of Al-Qaeda and affiliates from the Arab Spring revolts, has led to France’s military intervention against Islamists in Mali and the deadly hostage-taking at a desert gas plant in Algeria.

US Secretary of State Hillary Clinton, appearing before Congress on Wednesday over September’s attack on the American consulate in the Libyan city of Benghazi, warned of the new geopolitical landscape in the Arab world and North Africa.

“We cannot afford to retreat now. When America is absent, especially from unstable environments, there are consequences. Extremism takes root, our interests suffer, and our security at home is threatened,” she said.

Clinton also highlighted “instability in Mali,” saying it “has created an expanding safe haven for terrorists who look to extend their influence and plot further attacks of the kind we saw just last week in Algeria.”

Russia went further, charging the Western military intervention in Libya was the root cause of the insecurity.

“Acts of terrorism have become almost daily events, the proliferation of arms is out of control, (foreign) fighters are infiltrating,” Russian Foreign Minister Sergei Lavrov said this week.

“The impression is that Mali was a consequence of Libya and the hostage-taking in Algeria is a very worrying signal,” he said.

Despite their support for rebels fighting Syrian President Bashar al-Assad, Western powers have also started to voice growing concern over the influx of hundreds if not thousands of foreign jihadists onto the battlefields of Syria.

Jean-Pierre Filiu, a professor at the Sciences-Po institute in Paris, said Al-Qaeda in the Islamic Maghreb existed before the Arab Spring as a “gangster-jihadist” organisation.

It combined Muslim “holy war” with criminal activities and was severely repressed by dictators in Libya, Tunisia and Egypt that were swept away in a wave of popular uprisings.

The new regimes have been struggling to come up with an alternative policy.

“For example, the release of Abou Iyadh was a big mistake. He was not a prisoner of conscience but rather a long-time collaborator of Al-Qaeda,” said Filiu, author of “The New Middle East”.

Abou Iyadh, the suspected organiser of a deadly attack on the US embassy in Tunis and Afghanistan veteran, was pardoned and has become a leading figure in the rise of Muslim ultra-conservative Salafists in the country.

Tunisian President Moncef Marzouki has admitted his government “didnt realise how dangerous and violent these Salafists could be,” and warned of the perils of arms trafficking in North Africa since the fall of Libya’s Moamer Kadhafi.

The desert shared by Libya, Tunisia, Algeria and Mali has long been a haven of smugglers but the presence of hardline jihadists has added a new dimension.

The hostage-taking at In Amenas gas plant highlighted the multinational dimension of the threat: the 32 assailants were of seven different nationalities entering from northern Mali, with reported logistical support from inside Libya.

Tripoli, Algiers and Tunis have pledged to coordinate their efforts to combat trafficking and terrorism, as the jihadists in North Africa adapt to the post-revolutionary realities of the region.

Mathieu Guidere, a French university scholar of Islam, said the rise of Islamic regimes in Tunisia and Egypt has forced jihadists to seek out new targets for their militancy.

“The political scene has been structured around an Islamic reference point” in North Africa, he said.

“So the most radical parties have tended to head south towards countries such as Mali, which has a Muslim majority and… a government claiming to be secular, Westernised and modern.”

Guidere warned that France’s intervention in Mali was a “strategic error” that could turn the country into another post-Saddam Hussein Iraq where Al-Qaeda flourished in the wake of the 2003 US-led invasion.