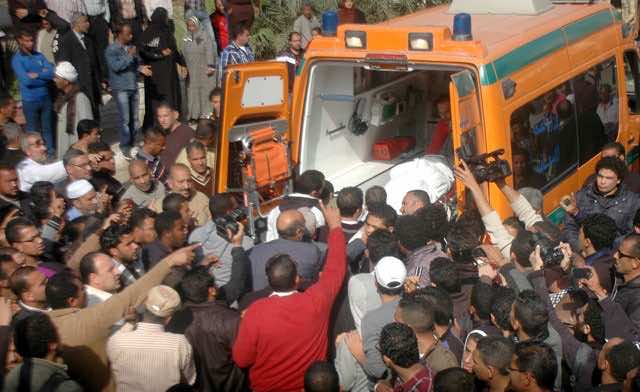 Shots were fired on Sunday in the Egyptian canal city of Port Said at the funeral of people killed in clashes triggered by death sentences on supporters of a local football team, witnesses told AFP.

On Saturday, 31 people were killed in Port Said in clashes with police after a court in Cairo handed down death sentences on 21 supporters of Al-Masry football club.

There was no police presence securing Sunday’s funeral in the canal city, where shops and businesses remained closed for a second day, state television reported.