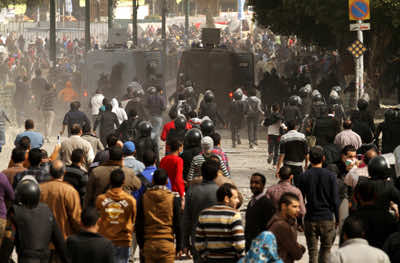 A teenager died and more than 400 people were hurt in Egypt’s Port Said on Sunday as rioting sparked by death sentences handed to supporters of a local football team rocked the canal city for a second day.

An 18-year-old male died of gunshots to the chest and another 433 people were injured, medical sources told AFP.

Earlier in the day, shots rang out as thousands of mourners marched at the funeral of people killed in clashes on Saturday.