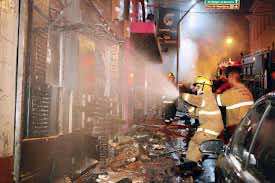 At least 245 people died early Sunday when a fire tore through a nightclub packed with university students in the southern Brazilian city of Santa Maria, police said.

The death toll from the inferno rapidly increased as firefighters searched the charred remains of the “Kiss” club, believed to have been packed with 300-400 revelers at the time of the blaze.

The tragedy appeared to be the deadliest such blaze in more than a decade, since a fire at a shopping center and discotheque in the central Chinese city of Luoyang killed more than 300 people in 2000.

Brazilian President Dilma Rousseff cut short a visit to Chile, where she was attending a European and Latin American summit, to head to Santa Maria and oversee the response to the tragedy.

“It’s a tragedy for all of us, and I cannot continue here at the summit, because my priority is the Brazilian people,” she told reporters traveling with her in Santiago.

She said federal and local authorities are mobilizing “all resources, so that we do not just recover the bodies but also support families at this time and provide very efficient care to the injured.”

It was not immediately clear what caused the blaze, but media reports said the fire broke out after 2:00 am (0400 GMT) when the nightclub was hosting a university party featuring a rock band using pyrotechnics.

“Everyone was pushing and shoving… The fire started out small, but in a matter of seconds it exploded,” Taynne Vendruscolo, one of the survivors, told reporters. “Those who were close to the stage could not get out.”

“It was a very small door for so many people to get out,” added Luana Santos Silva, another survivor, interviewed by TV Globo.

“The main cause of death was asphyxiation,” de Melo was quoted as saying by Estadao newspaper.

Major Cleberson Bastianello, a military police commander in Santa Maria, confirmed that 245 people had been killed and told AFP another 48 had been taken to the hospital, an indication that the toll could climb further.

Pictures published by local media showed firefighters dousing the blackened shell of a red brick building with water to put out the flames.

“We have just gotten the fire under control,” Colonel Silvia Fuchs of the local fire department was quoted by the G1 website as saying. “Now we are removing the bodies.”

The bodies were taken to a sports stadium that was blocked off by police to keep grieving family members from streaming in. O Globo said a first truck carried 67 corpses followed by another with around 70.

Family members were gathering outside in the hope of getting news of their loved ones. The town is home to the Federal University of Santa Maria.

The tragedy recalled a 2003 blaze in a nightclub in the US state of Rhode Island that killed 100 people and another in Buenos Aires in 2004 that killed some 200, both blamed on faulty safety measures. 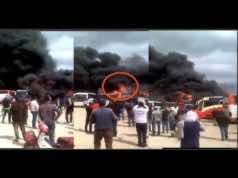 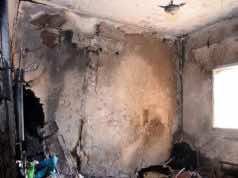