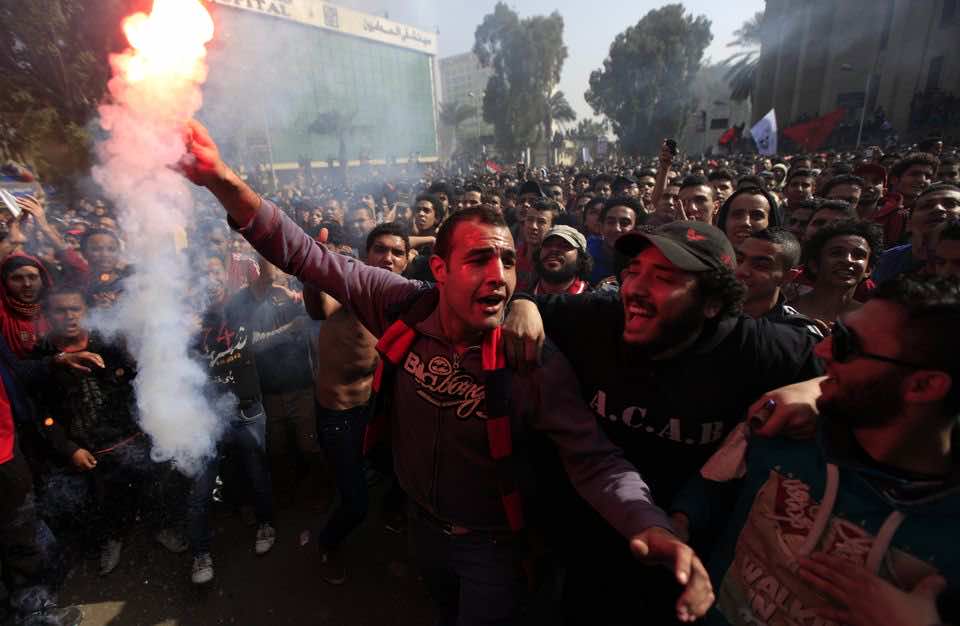 It said dozens of policemen prevented Mohammed Ibrahim from entering the Cairo mosque where the funerals were held for the two killed in clashes with demonstrators on Saturday.

The action was taken in protest at police not having been armed with live rounds to protect themselves, MENA said.

The two policemen were killed guarding a Port Said prison holding 21 football supporters sentenced to death earlier the same day for the deaths of more than 70 people after a football match in the city last year.

A total of 31 people were killed in the Mediterranean city on Saturday as relatives of those sentenced to death tried to storm the prison and clashed with security forces.

Three more people died and more than 400 were hurt in Port Said on Sunday.