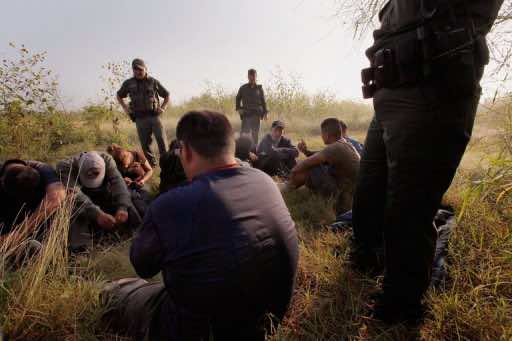 Eight US lawmakers crossed party lines to unveil a plan Monday that would provide a pathway to citizenship for 11 million illegal immigrants currently living in the shadows in the United States.

“We recognize that our immigration system is broken,” the senators said in their bipartisan framework, a copy of which was obtained by AFP.

It promises a “tough but fair” path to citizenship for undocumented immigrants, reform that would build the US economy, an “effective” employment verification system and an improved process to admit future workers.

The proposed legislation also increases the number of drones and other surveillance equipment, as well as the number of agents at and between ports of entry in a bid to better secure the long borders the United States shares with Canada to the north and especially Mexico to the south.

Although the bill seeks to boost security measures, it also vows to “strengthen prohibitions against racial profiling and inappropriate use of force,” as well as improve training for border patrol agents and increase oversight.

In a bid to combat visa overstays, the lawmakers offered a requirement for those in the country illegally to register with the government.

Around 40 percent of the illegal immigrants now in the United States entered the country legally but then let their visa expire, according to official estimates.

But under the plan, they would also be able to earn “probationary” legal status — to live and work legally in the US — after passing a background check and paying a fine and back taxes.

Those with a “serious” criminal background or who otherwise threaten US national security would not be eligible for legal status and would face deportation, according to the framework document.

“Individuals with probationary legal status will be required to go to the back of the line of prospective immigrants” and pass an additional background check, among other requirements, the document said.

Under the plan, individuals who fulfill the requirements could eventually obtain a green card for permanent residency.