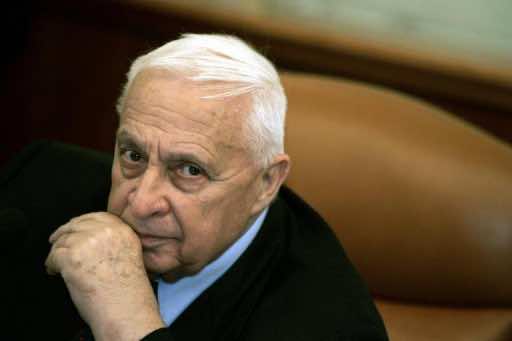 Israeli and US scientists said on Sunday that comatose ex-premier Ariel Sharon showed “significant brain activity” in an MRI scan, responding to pictures of his family seven years after a stroke left him unconscious.

Ben Gurion University, in the southern Israeli town of Beersheva, said its neuroscientists, an expert from the city’s Soroka hospital and Professor Martin Monti from the University of California, Los Angeles ran two hours of pioneering tests on the former prime minister.

“Ariel Sharon, presumed to be in a vegetative state since 2006 due to brain haemorrhage, was scanned to assess the extent and quality of his brain processing using methods recently developed by Professor Monti and collaborators,” it said.

“Scientists showed Mr Sharon pictures of his family, made him listen to his son’s voice, and used tactile stimulation to assess to what extent his brain responded to external stimuli,” it said in a statement.

“To their surprise, significant brain activity was observed in each test in specific brain regions, indicating appropriate processing of these (stimuli).”

Sharon, 84, was taken from Tel Aviv’s Tel Hashomer hospital, where he has lain since 2006 to Soroka for MRI scans on Thursday and returned to Tel Aviv later the same day, Soroka said.

He was admitted to the world-renowned Hadassah hospital in Jerusalem after suffering a massive stroke on January 4, 2006. Four months later, he was moved to Tel Hashomer, where he has remained in serious but stable condition.

The Ben Gurion statement said that results of tests to assess his level of consciousness were “subtle and not as strong.”

“Information from the external world is being transferred to the appropriate parts of Mr Sharon’s brain,” it quoted Monti as saying. “However, the evidence does not as clearly indicate whether Mr Sharon is consciously perceiving this information.”