Taroudant - Stuffed Msemen is a square-shaped Moroccan pancake known also to some Moroccans as Rghaif or Mlawi. It is very famous as breakfast essential in Moroccan cuisine. 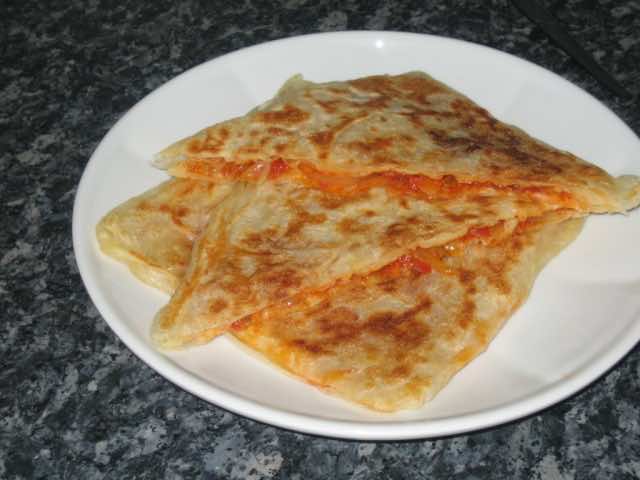 Taroudant – Stuffed Msemen is a square-shaped Moroccan pancake known also to some Moroccans as Rghaif or Mlawi. It is very famous as breakfast essential in Moroccan cuisine.

They are dough-based and take quite considerable time to be prepared in the traditional way. Generally, Msemen is prepared for breakfast and sometimes as an evening snack.

It may be sweetened by honey or jam for those who would like it sweet, but in different regions of Morocco, people stuff it with vegetables and spicy herbs. Msemen Maamer, (Stuffed msemen) is just like the regular Msemen but the latter is filled with spicy herbs, vegetables and sometimes ground meat.

It always goes with Moroccan tea, but some people would serve it with milk-coffee.

How to prepare stuff Mesemen in Moroccan cuisine?

In a pan, put oil, onion, carrot, peppers and simmer for 10 minutes.

Add ground meat, parsley, spices and cook for another 20 minutes or until the ingredients are cooked.

How to prepare the dough for Stuffed Msemen?

Serve hot with tea in breakfast or for evening snack.