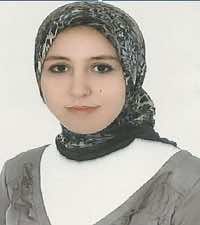 Moroccan cinema is considered as a third cinema which is “a populist cinematic voice reflecting the socio-cultural and political issues of the developing world” since most these movies try to reflect a Moroccan society, which is in a constant change. As this change is occurring in our society, the situation of women in Morocco is also changing according to the sociopolitical change. In the new era, Moroccan women have tried to change the traditional patriarchal ideas and to subvert power relations that exist based on concepts of the gender difference.

In this regard, Moroccan cinema has contributed to empowering women and giving them voice. It has become a cultural tool to help the society make intellectual, social and cultural change. Moreover it helps the country to reconstruct its cultural and national identity. Moroccan filmmakers have challenged the social status quo and have dared to represent Moroccan women in many different ways.  Women have become an essential component in the Moroccan cinematic productions and this representation varies according to the point of view of the filmmaker and his ideology. Filmmakers have tackled all the taboos trying to normalize what was abnormal, talking about the unspoken and uncovering the hidden sides and unrevealed aspects of our society.  As Valerie Orlando, an American writer and researcher, argued, contemporary filmmakers are “committed to the conscience of humanity, because they are involved in the response to the events, meaning that they react and produce films that respond to the social needs of Moroccans and discuss the actual events of the society”. She goes on to assert that they are operating as “free agents in a society of equal exchange.”

The representation of females in Moroccan cinema remains controversial to some extent. Filmmakers represented women in many different ways, ranging from the traditional Moroccan woman, the modern liberated woman, to women as activists and militants, as cunning and vicious, as well as stressing the role of these women as mothers, sisters, friends and lovers.

The female body in ‘Hob fi Darlbayda’a,’ Love in Casablanca:

“Hob fi Darlbayda’a” or “Love in Casablanca” is a movie produced in 1991 and directed by Abdelqader Laqtaa. The main actors are Mouna Fettou and Ahmed Naji. The story takes place in Casablanca and talks about a young woman called Saloua who tries to challenge Moroccan traditions and who is caught between two men: an older lover and a young photographer.

After her mother committed suicide and her elder sister ran away from home, Saloua the young schoolgirl who is 18 years-old, is subjected to the rigor of her father and her stepmother’s harassment. She becomes engaged to Jalil an old married man and quickly becomes his mistress. At the time when she tries to break her love affair with Jalil, she meets Najib, a young photographer in his twenties. Torn between her love for Jalil and the love she felt for Najib, she finds herself in a real dilemma. She finds no way to solve this problem unless she tells the truth to her two lovers, which causes a real drama, when she discovers that Jalil is Najib’s father.

In this movie Laqta tries to expose the suffering of young girl who is torn between modernity and traditions. Throughout the movie, we discover that Saloua is challenging the traditional norms and she succeeds to construct her own world far away from her father’s patriarchy. Saloua is depicted as a free modern woman who does not care about the traditional ideas about women and who refuses to be controlled by her father and family structure. However, by challenging all these rules, Saloua finds herself torn in a society that still sees woman as not equal to man.

From the beginning of this movie, we notice that Laqta focuses on the female body through the different shots that includes zooming in to the body of Saloua in the opening scene where Saloua is caught in indecent clothes. Abdelqader Laqta’s movies are known for dealing with females as a sexual body, as Brian T. Edwards agrees in his book Morocco Bound, noting that “Laqta’s films have been controversial because of their frank treatment of sexuality and their uncompromising look at the less appealing side of Casablanca.” Laqta exploits the female body in order to liberate women and to make them equal to men. The body for Laqta is not a taboo; it is rather a way to reconstruct the Moroccan view of the female body. Moreover he aims to spread the culture of freedom of expression.