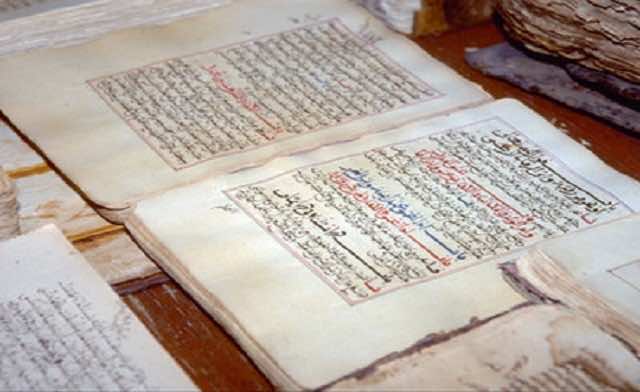 “A building housing the manuscripts was burned,” a security source told AFP.

Timbuktu, which was the intellectual and spiritual capital of Islam in Africa in the 15th and 16th centuries, is renowned for its collection of manuscripts, some of which date back to the pre-Islamic era.

“The Islamists caused damages before leaving. They burned houses, and manuscripts,” said a source in a reconnaissance team which first reached Timbuktu on Sunday.

“I spoke to my media officer this morning. What has happened in Timbuktu is tragic,” he said.

“The Ahmed Baba center, which holds valuable manuscripts, has been burned by the Islamists. It is a complete cultural crime.”

The Ahmed Baba Centre for Documentation and Research (CEDRAB) was founded in 1973 and has built up a collection of between 60,000 and 100,000 manuscripts, according to the Malian culture ministry.

In 2009 the new Ahmed Baba Centre was opened as part of a bilateral agreement with South Africa to promote the conservation, research and promotion of the manuscripts as African heritage.