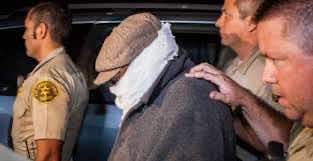 A Cairo tribunal on Tuesday upheld death sentences passed on seven Egyptian Coptic Christians in absentia for their involvement in a movie that ridiculed the Prophet Mohammed, a judicial source said.

The accused, including the director of the movie that triggered outrage across the Muslim world when it surfaced last September, are currently living in the United States.

Terry Jones, an American pastor based in Florida who is said to have promoted the film and who had also been sentenced to death in absentia, had his sentence reduced to five years in jail by the tribunal.

Egyptian courts usually hand out the maximum punishment — execution in this case for a blasphemy verdict — and send the decision to the state’s top Islamic scholar to get his approval.

Tuesday’s confirmation of the sentences occured after his opinions were taken.

If the defendants do return to Egypt, they could get a new trial, according to legal experts.

The movie, in which the Prophet Mohammed is depicted as a buffoon and paedophile, sparked a wave of angry protests across the Middle East in which more than 30 people were killed.