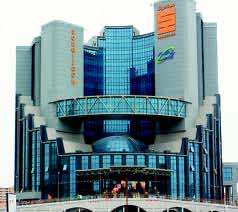 Algeria’s Sonatrach is eyeing new security measures at its oil and gas installations after Islamist gunmen overran the key In Amenas gas field, the head of the state-run energy firm said on Tuesday.

“Today there is an evaluation taking place within Sonatrach, which will certainly be done in collaboration with the security services,” Abdelhamid Zerguine told public radio.

“There will probably be a revision of (the measures needed) to support this vital activity.”
The hostage attack on the In Amenas gas field earlier this month, in which militants killed 37 foreign workers and an Algerian, saw Algiers scrambling to contain the fallout from the security breach at such a key energy installation.

Energy Minister Youcef Yousfi has already pledged to beef up security at oil and gas sites across the country, and President Abdelaziz Bouteflika ordered an enquiry into the four-day crisis, described by Algerian experts as a “catastrophe”.

The Sonatrach boss insisted the gas pipeline targeted in a deadly attack on Sunday night in the Bouira region 125 kilometres (80 miles) southeast of Algiers had not been damaged.

“Sonatrach’s installations have not experienced any damage… Sometimes there are cowardly acts of this kind,” Zerguine said.

Islamist gunmen attacked the quarters of the armed security guards protecting the pipeline, killing two and wounding seven others, according to residents.

The pipeline carries gas from Algeria’s giant Hassi R’Mel hub, in the Sahara desert, to the north of the country.

Zerguine insisted Algeria had respected all its gas export commitments following the attack on the In Amenas complex, despite the plant being shut down, saying the company “had not even resorted to the force majeure clause”.

He said Sonatrach had enough gas stocks and spare production capacity to compensate for the temporary loss of production at In Amenas, where major repair works have yet to begin.

The Algerian energy minister said shortly after the hostage crisis ended that the wet gas plant would restart “in the next two days,” adding the damage was “not significant”.

Algeria generates 75 percent of its revenues from the oil and gas sector, and In Amenas provides 18 percent of the country’s gas exports, industry experts say.

Gas pipeline attacks by armed Islamist groups were common during Algeria’s civil war in the 1990s, although major installations were largely untouched.