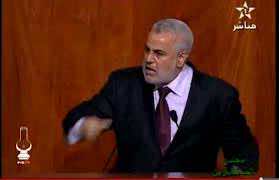 The head of government, Abdelilah Benkirane, said Monday that the security situation in Morocco is “under control”, stressing that competent services are affirming that there is no insecurity atmosphere.

Talking at the monthly session of the House of representatives, Benkirane reassured that the security situation in Morocco is marked by stability, adding “there are no worrying signs of a potential insecurity situation”.

The annual crime rate has not increased in the last ten years and has slightly risen from 400,300 crimes in 2002 to 445,566 in 2011, he went on noting that the crime rate in Morocco is low compared to similar countries.

He added that despite events unfolding in North Africa and in the Sahel-Sahara region, no country warned its citizens against travelling to Morocco.

Benkirane also stressed that some 560,000 crime cases were handled by the competent services.