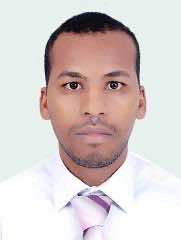 During her Senate Foreign Relations Committee hearing on the Sept. 11, 2012, attacks on the U.S. Consulate in Benghazi, Libya, Secretary of State Hillary Clinton accused the Arab Spring, obliquely at least, of encouraging extremism and fueling armed attacks on the US interests and facilities in the region. Though the testimony concerned the Libyan case, the instability in Yemen, Egypt and Tunisia were mentioned to exemplify how the US administration was occupied with the situation throughout the region on the day when a number of embassies were burnt. A serious question that needs addressing is the extent to which the Arab spring can be held ‘morally responsible’ for the growth of extremism in the MENA region.

A first instance where the US administration today warns against the rising extremism is Syria. Al-Qaida fighters, whom the US administration has shortlisted as terrorists, have intruded into the Syrian bloody conflict mainly due to the current state of affairs. The Syrian people have been targets of the regime’s heavy weapons for twenty-two months. Bloodshed has been systematic while serious steps by the international community to oust the regime still blow hot and cold. Unlike the intervention in Libya, Syria has become an international battlefield for a hidden world war between traditional poles of the Cold War, with Iran, Hezbollah, Israel and Turkey as new players. The Syrian freedom-seekers are suddenly trapped in what is also an international turmoil, amidst the hammer of a ruthless regime and the anvil of international hesitation.  They feel totally forsaken in a merciless arena, where the Assad (lion) holds unequal weaponry and sustainable support from Russia.

The Arab peoples are busy concretizing their own pursuit of democracy, while the reaction of newly elected leaders is not bold enough to confront the shrewdness of the Israel assault on Gaza. Despotism and tyranny in the pre-Arab spring and today’s Syria provide enough impetus for an equally harsh counter-attack. As an offshoot to such conditions, the growth of extremism would seem expected. The struggle of wills between the US-Israel, Hezbollah-Iran and the Assad regime-Russia, with annexes on all sides, deprives the people of an opportunity to dig their proper way towards democratization. As a result, the violent strife is not necessarily expected to culminate into the configuration the US plans for.

In Libya, even worse, the absence of state or civil institutions during the Qaddafi regime, added to the dismantling of the military in the aftermath of the uprising and has lead to a a transitory period where erstwhile praxis lingers on. Clinton was not wrong when she described the attack on the US embassy as the work of “a small and savage group, not the people or government of Libya.” Luckily, the group is a small one. The transition period will last longer, as new leaders are trying to reshape Libya’s geo-political role in the region. Meanwhile, lack of expertise can weaken the center as peripheries may link to external forces or be influenced by other rogue states in the area. The revolt happened necessarily to regain people’s dignity and redistribute wealth. Failure at these two measures jeopardizes the democratization process. Again, the strife is not necessarily expected to culminate into the configuration the US plans for.

In Morocco, the number of sleeping cells uncovered shrunk drastically in 2011. The only noteworthy event is the Argana blast in April. The assault was not adopted by any internal faction, while Al-Qaeda in Islamic Maghreb (AQIM), for the first time in its history with Morocco, spread a note denying any relationship with the fatal attack. They even asked Moroccans to look for the doer elsewhere. The menace AQIM presents to Morocco can become sharper when considering their mounting links to the Polasario due to proximity and the decrease in support it receives following Qaddafi’s ouster and the democratic changes in the region. When February 20 demonstrators took the stage, extremism waned, especially since a number of key Salafist leaders were released. What may lead extremism to re-occur is the failure of the moderate-Islamist-led government to meet the democratization challenges of the Arab Spring or Morocco’s unconditional support for international plans in the region. When the African Lion bilateral training takes place, for instance, it needs to address foreign threats, not internal ones, and again, the struggle for democracy is not necessarily expected to culminate into the configuration the US hopes for.

The curbs to extremism can stem from three measures. First, international intervention in internal affairs should be limited because the feeling of an incomplete sovereignty hurts and heats national feelings. In the presence of weak leaders that the international community supports because they serve its interests, public anger rises and extremist ideas and interpretations of political choices are fuelled by the inability to counter foreign powers. Second, when a genuine democracy sees light in the region, extremism will wane down. Genuine democracies primarily open passages for people’s self-expression and representativeness of state institutions. They also hamper the subordination of the public sphere to deep states. The third point with regard to the MENA region is ending the unconditional support for Israel. The proximity of Syria to Israel impedes the US’s ability to support regime ouster in the region, since the government that might replace them may take a tougher line towards the Zionists.

In a nutshell, the US administration hits a wrong target when it thinks that the Arab Spring feeds or harbors extremism. Rather, examples continue to crop up indicating that democracy, freedom of expression, utter sovereignty and promoting regional cooperation at different levels are the only way for curbing extremism that threatens local interests more than it harms international ones.

Abderrahim Chalfaouat is a PhD candidate in media studies at Hassan II University, Casablanca. He holds a  Masters in Moroccan American studies and a  researcher at the Moroccan Center for Contemporary Research and Studies.