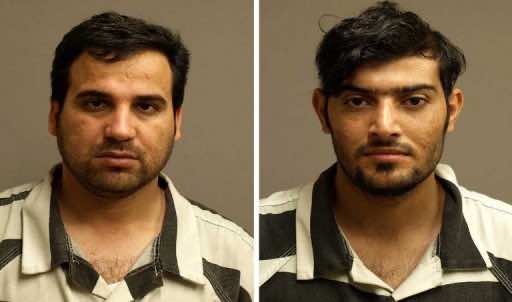 A US judge sentenced two Iraqi men living in Kentucky to federal prison for their role in a plot to ship weapons to Iraqi insurgents and raise money for the Al-Qaeda terror network.

Mohanad Shareef Hammadi, 25, was sentenced to life in federal prison while his accomplice Waad Ramadan Alwan, 31, was sentenced to 40 years in prison followed by supervised release, the US Justice Department said.

Both had pleaded guilty to federal terrorism charges, but were not charged with plotting attacks within the United States.

The two Iraqis who were living in Bowling Green, in the southern state of Kentucky, “participated in terrorist activities overseas and attempted to continue providing material support to terrorists while they lived here in the United States,” said Lisa Monaco, Assistant Attorney General for National Security.

“With today’s sentences, both men are being held accountable,” Monaco said.

Authorities arrested Hammadi and Alwan in an FBI sting involving an undercover agent posing as part of a group sending money and weapons to insurgents in Iraq.

Alwan, whose fingerprints were found on an unexploded roadside bomb found in Iraq, pleaded guilty in December 2011 to all counts of a 23-count federal indictment that included conspiracy to kill US nationals abroad and export Stinger shoulder-fired surface-to-air missiles.

In August 2012 Hammadi pleaded guilty to a 12-count indictment that included similar charges.

Alwan however received a reduced sentence because he cooperated with authorities, the Justice Department said.

An undercover FBI agent posing as an Al-Qaeda agent met with Alwan and recorded their meetings starting in August 2010.

“From September 2010 through May 2011, Alwan participated in ten separate operations to send weapons and money that he believed were destined for terrorists in Iraq,” the Justice Department said.

In January 2011 Alwan recruited Hammadi, and until May 2011 the two helped ship money and weapons — including rocket-propelled grenade launchers, machine guns, and Stinger missiles — that they believed were destined “for terrorists in Iraq.”

All of the weapons had been rendered inert, the statement read.

Hammadi entered the United States in July 2009 and had initially lived in Las Vegas before settling in Kentucky, while his accomplice Alwan arrived three months earlier.