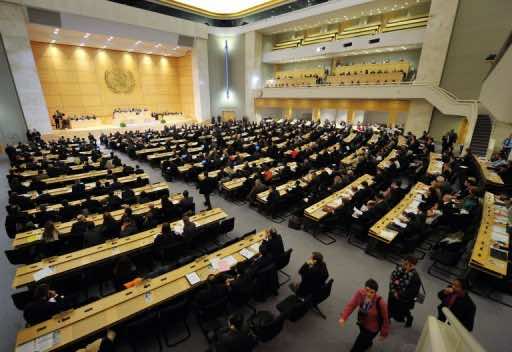 Israel on Tuesday became the first country to boycott a UN Human Rights Council review of its rights situation, sparking heated debate among diplomats on how to respond.

“I see that the delegation of Israel is not in the room,” council president Remigiusz Henczel told the delegates at the United Nations in Geneva.

The Jewish state is not a member of the council but like all 193 UN countries it is required to undergo Universal Periodic Reviews (UPRs) of its human rights situation.

Its absence on Tuesday however came as no surprise.

Israel cut all ties with the 47-member state council last March after the body announced that it would probe how Israeli settlements may be infringing on the rights of the Palestinians.

The Jewish state has come under widespread criticism for ramping up its construction of settlements in the Palestinian territories, notably in the outskirts of Jerusalem.

“We cut all our contacts with the council last March, including the current activity,” Yigal Palmor said, stressing: “Our policy has not changed.”

Israel’s failure to show up for its UPR marks the first time since the reviews began in 2007 that a country under evaluation has been absent without explanation, and it was unclear how the rights council would react.

When Haiti delayed its UPR in early 2010 its justification was the devastating earthquake that hit the country that year, claiming more than 300,000 lives.

On Tuesday, after Israel failed to show, Henczel called on the council to adopt a draft decision on how to react, including urging Israel to resume its cooperation with the UPR process.

It also called for Israel’s review to be rescheduled for no later than during the UPR session starting in October this year.

Delegates then took the floor, with Egypt’s representative declaring that the council faced “a moment of truth”.

He cautioned that taking a “soft” approach towards Israel would create a dangerous precedent and leave “a wide-open door for more cases of non-cooperation.”

Israel’s main ally in the council, the United States, however gave its full backing to Henczel’s proposal, with ambassador Eileen Chamberlain Donahoe insisting in a statement — without mentioning Israel by name — that the text reflected the “best effort to find common ground and to protect the UPR mechanism going forward”.

And Britain called for a “proportionate and balanced conclusion”, while the Irish representative for the European Union urged a “consensual” way forward.

“We wonder … whether this kind of cooperative spirit would be extended to some other countries that are not as close to some of the major powers in the world,” he said.

Despite the range of opinions, the council in the end adopted Henczel’s proposal by consensus.

Israel has long accused the Human Rights Council of singling it out, noting that it is the only country to have a specific agenda item dedicated to it at every meeting of the council, and that the body has passed an inordinate number of resolutions against it.

In an email to AFP late last year, the country’s mission in Geneva said it would boycott the council “for as long as it is treated differently than other countries”.

On Tuesday, a coalition of 15 Israeli and Palestinian organisations warned of “the far-reaching consequences” of Israel’s no-show.

“This lack of transparency will not only mean that Israel avoids rigorous criticism of its violations of international law, but that the entire UPR system will be undermined by the loss of its two fundamental principles: equality and universality,” they said in a joint statement.