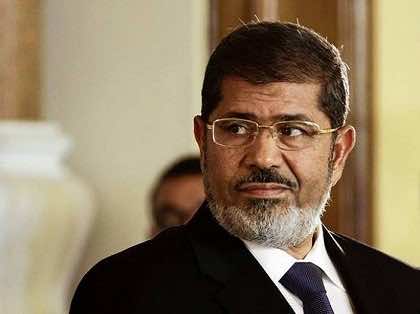 Egypt’s President Mohammed Morsi flew Wednesday to Berlin for talks with Chancellor Angela Merkel in a visit shortened to just a few hours after days of unrest in his country, official media said.

The visit will center on bilateral cooperation as well as the situation in Egypt, where almost a week of violence has left more than 50 people dead, the official news agency MENA said.

Morsi’s trip had originally been expected to last two days.

It will be the president’s first visit to Germany, Europe’s biggest economy, since his election in June last year.

MENA said he is to meet with business people as well as Merkel.

Berlin’s offer of help “depends on advances in the democratic development in Egypt”, Guido Westerwelle said on ARD public television.

“These last days we have seen some terrible pictures, images of violence and destruction,” Westerwelle said, calling for dialogue between the Egyptian government and opposition.

France’s presidency said on Tuesday that Morsi had postponed an official visit this week. He had been due to meet French President Francois Hollande on Friday, when the Egyptian opposition has called for rallies.

Most of the deaths in recent days came in Port Said, where clashes erupted Saturday after a court issued death sentences against 21 supporters of a local football club for their role in deadly riots last year.

Morsi took over last year from an interim military administration in charge since the February 2011 overthrow of Hosni Mubarak, who ruled the country for three decades.