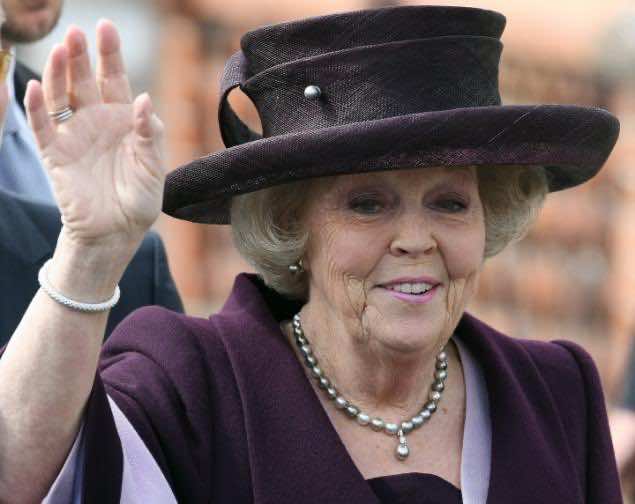 In a time when head of states are being pushed aside by their own people because of claims of corruption and the misuse of power, queen Beatrix of the Netherlands said that she will voluntarily step down after 33 years on the throne.

The queen who turns 75 on Thursday, announced on Monday that she would abdicate on April 30 after serving as the Netherlands’ head of state for more than thirty years.

Her eldest son, Prince Willem-Alexander,45, will succeed her as the country’s first king in more than a hundred years.

In a televised speech broadcast on Dutch state television, the queen said she will not step down because the burden of office is too heavy.

“The responsibility for our nation should now lie in the hands of a new generation. It is with the greatest confidence that I will hand over the kingship on 30 April of this year to my son, the Prince of Orange. He and Princess Maxima are fully prepared for their future task,” she said.

According to the Associated Press, the Netherlands’ prime minister Mark Rutte thanked the queen Beatrix and said that she “applied herself heart and soul for Dutch society.”

The queen Beatrix was top of the royal families in Europe who cost taxpayers significant amount of money each year with an estimated 48 million dollars last year. The amount eclipsed Britain’s Queen Elizabeth ($46million) and King Juan Carlos of Spain ($11millions).