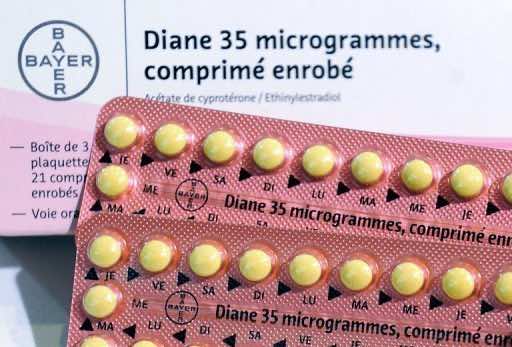 In the latest health scare to erupt in France, a drug watchdog on Wednesday announced it was suspending sales of an acne pill also used as a contraceptive after four women died and more than 100 others fell ill with blood clots.

The National Agency for the Safety of Drugs and Health Products (ANSM) said it was suspending sales of a hormonal treatment called Diane-35, which is prescribed to 315,000 women in France.

The move will be phased in over three months to allow users to find an alternative drug, Dominique Maraninchi, the agency’s director, told a press conference.

The product, made by the German firm Bayer, is authorised for treating acne in young women, but doctors have been prescribing it as a contraceptive because it stops ovulation, he said.

“This drug is not licensed for use as a contraceptive,” Maraninchi said.

“But it is being used as such, in this secondary role… yet there are plenty of other alternative contraceptives that can be used in this country.”

Maraninchi said the agency had also carried out a benefit-versus-risk assessment for Diane-35 on the basis of its use as an acne treatment.

The assessment was negative, which explains why the drug is being suspended from the French market, he said.

Diane-35 is sold in 116 countries around the world, according to the ANSM website.

Over 25 years, four women have died and 125 fallen ill from blood clots attributed to Diane-35 or its generics, the ANSM said on Sunday.

Bayer, in an emailed statement to AFP on Sunday, said the risk of clots “is a known effect, and is clearly marked as such in the package advice for patients.”

It added that Diane-35 should only be prescribed for acne, and “in the context of a medical consultation, with respect for appropriate use, side effects and precaution.”

In a separate French-language statement Bayer underscored that Diane-35 has been on the market for more than 25 years and “has never been subject to a withdrawal of marketing authorisation for security reasons.

“As far as we know, no new scientific proof exists that would lead to a modification of the benefit-versus-risk assessment of Diane 35,” the statement added.

France has been shaken by a series of health scares in recent years.

It has asked the European Medicines Agency (EMA) to change prescription guidelines for so-called third- and fourth-generation oral contraceptives after these drugs were found to carry a higher risk of blood clots compared to earlier versions.

In 2010, the French authorities censured breast implant manufacturer Poly Implant Prothese (PIP) after it was found to be using non-authorised silicone gel that caused a high rate of implant ruptures. Health experts disagree on the risks, though.

Another scandal concerns an anti-diabetes drug called Mediator, manufactured by the French pharmaceutical company Servier, which started being used as a slimming aid because it reduces hunger pangs.

The drug was pulled off the market in 2009 after evidence emerged of hundreds of deaths caused by damage to heart valves.