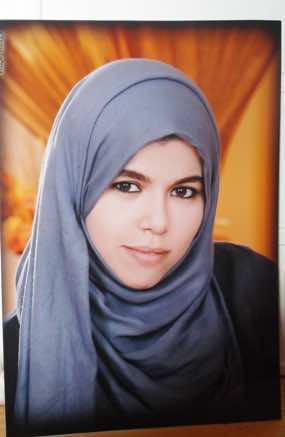 The ascendency of political Islam as a result of the upsurge of religiosity in the Arab World is no longer a farfetched assumption, nor a visionary speculation, but a concrete reality. The anarchy ensued in Egypt after the fall of Mubarak and the arm wrestling between Marzouki and Ghanouchi’s disciples, in addition to the new interest nurtured by the Salafist to the realm of politics show that the road to democracy is long and strenuous.

The major challenge for the Arab revolution resides in the eradication of corruption and nepotism. Notwithstanding, the promise of democracy and prosperity is faced with crippling factors such as precarious infrastructure and the persistence of rentier economy. In addition, the enforcement of accountability remains new to these Arab countries and the procedures put forward still fall short from holding corrupt officials to account.

In this ambiguous context, Islamist politicians turn their attention to more successful models to anchor their new approach to governance. For the Islamist-led governments, the “Turkish Way” appears to be the most tempting model by virtue of its resounding successes in public governance, economy as well as diplomacy.

The AKP Achievements and Challenges

The Turkish party AKP (Adalet ve Kalkinma Partisi) aggregated consecutive victories in the general election in 2002 and 2007. In the latest general elections held on June 12, 2011, the AKP secured 327 seats, which allowed for the formation of an AKP-led majority government. But what makes the AKP‘s journey into power seem so exemplary?

First and foremost, the AKP had always to operate within the narrow framework of Kemmalist secularism. Thus, it opted for a less confrontational tactic in order to avoid any political paralysis that may ensue from an overt collision with the potent secular currents.  The AKP remains fully aware that any insidious attempt to make Islamist claims on the public space in Turkey constitutes an attack on secularism, a sacrosanct principle that cannot be challenged legally.

Therefore, the AKP tries to obliterate its Islamist agenda by embarking on the path of economic and institutional reforms.  The Turkish Prime Minister Recep Tayyip Erdo?an shifted his attention to more concrete policies that would spur economy and embolden Turkey’s geopolitical leverage within the international community.  According to the Turkish statistical institute, Turkey’s GDP reached a high record 6, 7% in June of 2009. The Turkish dynamic economy is an amalgam between modern industry and traditional agriculture.

Rabasa and Larrabee argue that the ascendency of the AKP to the Turkish political scene was essentially supported by a class of conservative Anatolian entrepreneurs who seek to instill Islamic values into business ethics and social policy and to end discrimination against religious Muslims (52).

Erdogan is also accredited for neutralizing the power of the military, the staunch guardian of Ataturk’s legacy. Indeed, the Turkish military has been trying to curb the ascendency of the new political counterforce: the “Muslim Democrats”. The arm wrestling between the executive and the military was heightened in several occasions. In this regard, the resignation of the chief of the Turkish armed forces along with the army, navy and air force heads after facing “military coup” charges was the final blow administered by Endogen to the military.

Notwithstanding, the coexistence between secularists and the AKP has been often  fraught with controversies and relentless clashes whenever the latter attempted  to gain more ground in public space. The issue of headscarves among others set both trends in a collision course. The AKP claims that the right to display religious commitment pertains to individual liberties, whereas the secularist fringes suspect the “Muslim democrats” of trying to enforce their Islamist agenda through an “insidious” reformist process.

Thus, the balance of political power in Turkey is constantly shifting between the secular establishment and the Islamists. Even in foreign policy, the secular forces are not comfortable with the growing rapprochement with the Arab world at a time when the handling of the Turkish diplomacy by the AKP seems to stir admiration among Arabs.

Since its election, the AKP tried to maintain close ties with the European Union through its EU Membership application and a strategic relation with the United States as a member of NATO. The Turkish diplomacy has also succeeded in extending its tentacles to the Middle East, as well as a mediator in the Iranian nuclear crisis. Can this comprehensive model be replicated in countries led by Islamist parties like Egypt or in countries with an ideologically mixed coalition like Tunisia?

The AKP model and Arab Islamists

The above mentioned question has been often raised, especially after the ouster of dictators in Egypt, Tunisia and Libya. Nonetheless, this question might be ill-formed as far as focus and intent are concerned. First, it is worth pondering whether the Turkish experience constitutes an exemplary pattern of governance in an ideologically mixed environment. In fact, the AKP has been unable to unfold its real agenda, since it has been constantly hassled by the secularist establishment and inhibited by a secular constitution.

On the other hand, the secularists are constantly trying to keep the “Muslim democrats” at bay so as to constrain their attempts to “Islamize” the country. Contrary to the system of “checks and balances”, the tension between these warring factions poses a real threat to the country’s stability.

As a result, the Turkish society finds itself entrenched in a permanent state of strain. The AKP for instance had to defend itself in the constitutional court for plotting an Islamic state. The dissolution of the Ruling party could have had disastrous effects on Turkish politics. Thus, we may ask whether democracy can be ensured in a state of permanent mistrust and strain between political parties.

Is the true exercise of democracy a game of elimination rather than alternation? These questions become more pressing in a context wherein the political parties bear ideological grudges against each other and where their political existence is conjured up as “mutually exclusive”.

Last but not least, one needs to pinpoint that AKP’s mode of governance may not have seemed so appealing without its association with the booming of Turkish economy, which is owed not only to the AKP’s liberalization policy, but partially to the potential of the Turkish industry and infrastructure.

That said, drawing on the Turkish experience must be done with caution and lucidity. The Turkish model should not be replicated faithfully in the emerging Arab democracies, since the contextual variables in Egypt, Tunisia and Libya are of a different nature. Each of these countries has different levels of Islamist involvement in politics, as well as disparate economic assets, not to mention the discrepancy in their geopolitical value.

Nevertheless, as Rabasa and Larrabee argue, “contemporary Turkey is a key test case for the role of Islam in politics and its influence on external policy”(3). The AKP experience may not present a roadmap for the Arab countries where the Islamists are currently at the helm of power. Yet, it can serve as a valuable reservoir of possibilities and anticipatory strategies to decide about the best consensual agreement between Islamists and secularists.

Loubna FLAH is a Moroccan national. She earned a “Maitrise” degree in Biochemistry from the Mohammedia Faculty of Science and Technologies (FSTM). She obtained also a bachelor degree in English Studies from Ain Chok Faculty of Letters and Humanities. She graduated from the Ecole Normale Superieure in Rabat as a high school teacher of English. She is currently reading for a Master in Literary and Linguistic Studies in Ain Chok Faculty of Letters and Humanities in Casablanca. She writes poetry and short stories that she intends to publish very soon (Email: [email protected]).