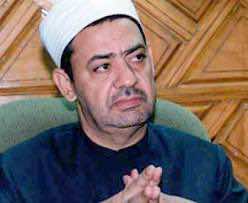 Egypt’s top cleric on Thursday brought together rival political factions and called for dialogue over the political crisis and deadly unrest gripping the country.

Saad al-Katatni, head of the Freedom and Justice Party of President Mohamed Morsi’s Muslim Brotherhood, was also attending, along with other Islamist parties such as Al-Wasat and representatives of Egypt’s churches.

The meeting is the latest attempt for dialogue between Egypt’s political factions.

A week of deadly unrest has left almost 60 people dead and the country deeply split between Morsi’s Islamist allies and an opposition of leftists, liberals, Christians as well as religious Muslims.

On Wednesday, ElBaradei called for urgent talks, just two days after the opposition rejected an appeal for dialogue from Morsi.