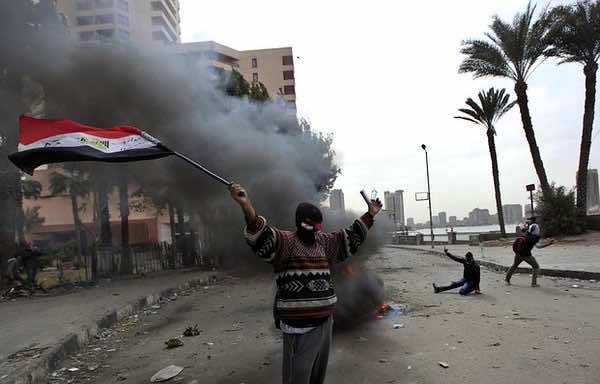 Egyptian authorities on Thursday detained a member of the Black Bloc militant group suspected of planning to carry out an Israeli-directed sabotage plan, the official MENA news agency said.

One person “belonging to the Black Bloc organisation was arrested inside a building overlooking Tahrir Square carrying Israeli plans to target petrol companies and vital installations, maps of these places and instructions on setting fire to some places,” MENA reported.

The state security prosecution is currently questioning the suspect who is accused of “belonging to an illegal organisation and planning to sabotage private and public property”.

According to MENA, the suspect admitted to belonging to the Black Bloc, a group of masked militants who have appeared among protesters in recent clashes with police.

The suspect was spotted by a security guard in residential building off Tahrir Square and handed over to police, MENA said.

The arrest comes on the eve of planned protests against President Mohamed Morsi as deadly unrest has swept the country.