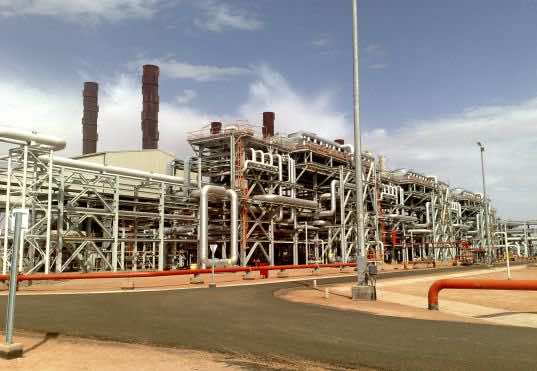 An Algerian gas facility attacked by Islamists on January 16 is set to reopen within a month, but foreign workers will not return for another three, a plant official said on Thursday.

“The plant will reopen in less than a month, but only for Algerians,” Lotfi Benadouda, director of the Tigantourine site, told journalists during a visit to the facility.

“Foreign partners will not return for another three months” but would provide assistance in running the facility “from a distance,” he said.

The site, jointly run by British BP, Norwegian Statoil and Algeria’s Sonatrach near In Amenas in the southern Algerian Sahara desert, was attacked more than two weeks ago by Islamist gunmen who took hundreds of hostages.

A four-day siege and two rescue attempts by the Algerian army resulted in the deaths of 38 hostages, 37 foreigners and one Algerian.

Benadouda gave his statement a few yards from where some of the attackers killed their remaining hostages during the army’s final assault.

Damage from the violence was clearly visible on Thursday, an AFP reporter said.

The military assault also left 29 of the Islamists dead and resulted in the capture of three of them.