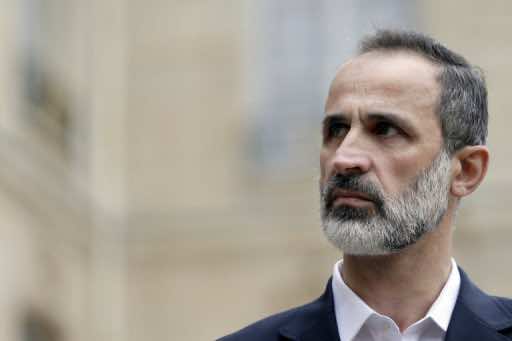 The opposition Syrian National Coalition said on Thursday that any talks on the country’s political future must be about the departure of the regime of President Bashar al-Assad.

A day after SNC chief Moaz al-Khatib expressed openness to discussion with members of the regime, the political commission issued a statement reaffirming the group’s charter that “any negotiation or dialogue must be about the departure of the regime and its pillars.”

Meeting in the Egyptian capital, it added that it welcomed “any political solution or international effort aimed at achieving that objective.”

Khatib said on Wednesday he was “ready for direct discussions with representatives of the Syrian regime in Cairo, Tunis or Istanbul,” laying down conditions including the release of “160,000 detainees.”

The idea of direct talks had already been rejected by the Syrian National Council, the main body in the coalition, which rejects any negotiations before Assad’s departure.

“There was no discord during the meeting. There were clarifications issued over the way in which (Khatib made) his statements, but no dissent whatsoever,” Coalition spokesman Walid al-Bunni told AFP by phone on Thursday.

He said the opposition was awaiting the outcome of US-Russia talks on Syria.

“We will adopt a position then. A solution is taking shape and we’re preparing politically for whatever might be said.”

The Syrian opposition will continue meeting in Cairo on Friday to discuss the conflict in Syria which the United Nations estimates has killed more than 60,000 people since the revolt against Assad began in March 2011.