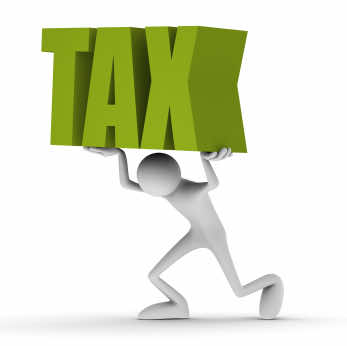 “We all notice how a lot of people commit unforgivable crimes against us as a people but they never pay consequences for that. State officials squander our wealth and money […] and no one ever stands up to stop this.”

The above quote is from one of my early articles to Morocco World News in which I emphasized the urgency of taking things in our hands if we really want to topple down corruption. It is all about belief and being proactive, instead of taking the back seat to those who think they can get away whenever they break the law. We all need to learn to drive and jump to the driver’s seat.

We wake up each and every single day to witness how our money is squandered left and right in total absence of accountability or respect to us as taxpayers. The state is not about a handful of officials in dark suits and driving expensive cars from the people’s money; the state is about the people themselves who make those officials worth what they think they are.

Countless are the instances of irresponsibility when it comes to people’s money and wealth, and the situation gets worse when we remember that bribery and corruption have ravaged our society for a long time, making our lives miserable and unbearable. This has been going on for such a long time that it has become in our system; a lot of us believe that bribery is natural and indispensable. This applies to the lowest official and the most prominent ones alike.

A case in point to illustrate the squandering of Moroccan taxpayers’ money would be our national team’s shameful participation in the African Nations Cup in South Africa. Millions of dirhams have been spent on a team that did not win a single match, although they did not lose any as well. It is our money, we taxpayers who fill their funds and pay their extravagant salaries. It is by no means limited to this example since there are other pompous examples up the ladder, one of which is the extravagant contribution to alleviate the pain of Syrian refugees.

While the Syrian people remain our brothers and sisters and we owe them support and help, it is also important to remember that charity begins at home. That decision is certainly motivated by political considerations and our policy- and decision-makers would certainly come up with thousands of reasons to justify their spendthrift; however, it remains a huge amount to give away, given the amount of social problems and crises we are drowning in.

One wonders how one could be able to equate responsibility with accountability that are part of the spirit of the new Constitution while such decisions are made regardless of the people’s right to authorize such a transaction. This is the tax money each and every one of us pays and they owe us an explanation.

Of course, the two instances above are but two drops in the ocean of citizenship and nationalism. We really have to turn the tables on corruption in all its forms, not by taking to the streets or throwing our country into chaos, but by taking a firm stand against it and being proactive. We, as citizens, need to create a new sense of citizenship based on self-confidence, proactivity, and open-mindedness.

This issue is more complex and complicated to cover in a short piece, but I would like to conclude this article by a paragraph taken from the article I quoted above.

“What we really need to do is to blow the whistle on those people and reproach them because they never respect us as citizens. We need to have the courage to tell those people who think themselves above the law that they work for us. If they cannot see that they need to pack their stuff and leave. But we cannot do this if we do not assume our role as mature and responsible citizens and take things into our hands by taking the initiative of changing our behavior. In other words, we need to build a strong social personality.”

Moundir Alamrani is PhD. candidate at the University Sidi Mohamed Ben Abdellah, Fez. He is a contributor to Morocco World News.