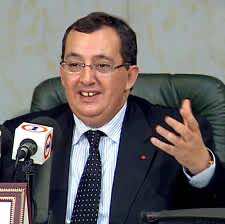 This is not the first football debacle for the Kingdom of Morocco. The latest scandal of the Royal Moroccan Football Federation, lead by the “shimmering” Ali Fassi-Fihri, is the outing of the national team from the CAN 2013 which takes place in South Africa.

Morocco shamefully lost in the first round against modest teams like Cape Verde and Angola. During his four years at the head of the Federation, the President did not see fit to report to Moroccans the repetitive setbacks in their favorite sport.

In Moroccan sport, it is no longer surprising to witness the counter-performances of national teams. “The FRMF is not handled in a professional manner. It is administered by people who have nothing to do with football or are even close to this world. Except for the clubs’ leaders, Ali Fassi-Fihri’s close circle knows the football world only through games of the Spanish classico or PSG games they watch with their families or friends ” rages a former member of the FRMF.

Eyes are turned on Nawal Khalifa, whose nickname is « the eye of Moscow » who works for the ONNE, Marouane Tarafa, Arroub Ramses and Karim Zaz. Our sources tell us that they rarely attend meetings and are of no contribution to Moroccan football. Two other names are singled out: Karim Alem and Tarik Najem. Alem’s name is related to all disasters experienced by the national football, while Najem, after dropping the sports channel “Arriadia,” looks more and more like a honest casting mistake for the position of Secretary General of the FRMF .

Finally, the whole Moroccan sports world mocks the lack of courage of the president of the federation and its failures at governance. The cases of DTN, Jean-Pierre Morlans and Pim Verbeek, who are said to make tens of millions of dirhams and only work a few days a month are the best evidence of this problem.