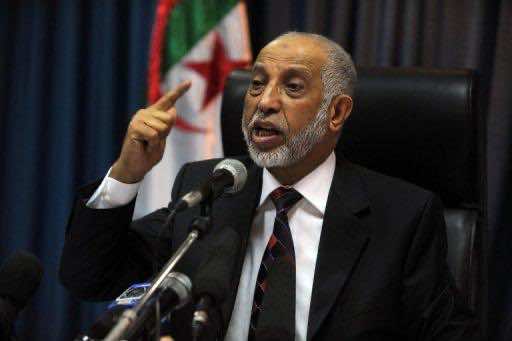 Algeria’s ruling National Liberation Front said on Friday it would extend its hunt for a new leader, a day after voting to oust its chief in the party’s biggest internal crisis in a decade.

The FLN said it would continue its consultations beyond Saturday, when it was due to have elected a new leader, amid wrangling between various factions within the party.

The FLN, to which President Abdelaziz Bouteflika also belongs, and which holds almost half of the seats in parliament, is still split between Belkhadem’s foes and allies ahead of a 2014 presidential election.

Critics of the former prime minister accused him of nepotism.

“The elections (for a new head) will happen in the next week or two,” Saleh Goudjil, a Belkhadem opponent, told AFP.

However, a supporter of the former chief, Abdelhamid Si Affif, said it would take place “in less than a week.”

The FLN voted 160 in favour of and 156 against Belkhadem’s resignation on Thursday.

Belkhadem admitted defeat, saying: “I have triumphed because my party has triumphed. I quit with my head held high and hope that whoever succeeds me will do better.”

His adversaries had feared the influential former premier may force the party to re-elect him.

The FLN, which was the main organ of the long and bloody struggle for independence from France that Algeria finally won in 1962, has not experienced such a severe crisis since 2003.

Under Belkhadem’s leadership, the FLN won back-to-back legislative and local elections, in 2007 and 2012, despite claims of widespread fraud in last year’s parliamentary polls.