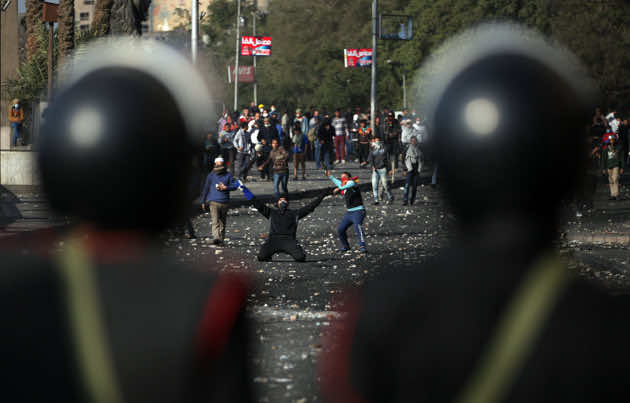 Egyptian security used water cannon and fired shots into the air as protesters threw petrol bombs and stones into the grounds of the presidential palace in Cairo on Friday, an AFP correspondent said.

The clashes came amid rallies in several cities against Islamist President Mohamed Morsi following unrest that killed 56 people, mostly in Port Said, after 21 residents were sentenced to death over a football-related riot in 2012.

The night sky was lit by fireworks fired by protesters above the north Cairo palace, amid the crackle of gunshots in the air from the military’s Republican guard from behind the palace walls.

Police deployed outside the walls had withdrawn inside the compound, an AFP correspondent said, leaving hundreds of protesters milling outside.