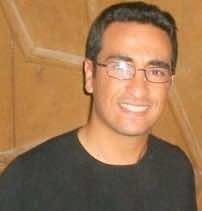 Face to face communication is the most effective human social interaction. It is the sole way by which others can read the arrangement of your verbal and non-verbal messages and see if your drive match your rhetoric. People are evaluated and gauged in any social interaction based on their interpersonal skills. Face to face communication requires high quality of interpersonal skills to achieve a good rapport and build strong social relationships either in the workplace or life in general.

What is an interpersonal skill?

Inter personal skills are social skills employed to achieve effective communication in any social transaction, be it in a formal or informal setting.  Interpersonal skill in its core sense means the ability or understanding of oneself as well as others, then trying to bring the two concepts in a coherent fashion to achieve good communication. Interpersonal, skills in other words, can be understood as a social weapon wanted in any social interaction setting to impress people and forge good relationships either in business or any other social context. Interpersonal skills might have different names like facilitation skills, social skills, or soft skills, but all stress the same idea of bringing the individual identity and the collective identity together to achieve a good rapport and social associations

The notion of context awareness is much stressed in social skills discourse. Kindly put, social skills are meaningless out of the context where they operate. Each social context requires a certain interpersonal skill, which fit and promote good communication in a certain social intercourse. The contest, to name but a few, can be social, cultural, age-related or any other type of context which shapes and influence the communication process. Context awareness plays a vital role in achieving high-quality social intercourse in any social transaction.

Self-awareness- and sometimes self-perception- is key aspect of being a leader. It is the ability to recognize you moods, emotions and abilities, as well as their effects on others. This means being self-assurance and assertive.

Self-regulation is the aptitude to pacify yourself when you’re distressed or disappointed and to cheer yourself up when you’re down. Self-regulation is more achievable when focused on values rather than emotions. The management of feelings or reactions is critical in responding to people in a social transaction and important in conflict management. Yes, you are right feelings are important and by which we make sense of our life, but remember they are never of sole importance and if they are not controlled they may leaded to a breakdown in social transactions and life overall.

Transactional Analysis- in brief- is a theory within the realm of social psychology and it was developed by Eric Bern. It is a method to perk-up and enhance communication and it can be seen as an extension of Freudian Theory. TA sketches how we interact with ourselves as well as with other individuals. It fosters the idea that people can change and develop their communication by offering suggestions and skills based on scientific facts. Ego states, transactions, stocks and games are among the major areas that this theory focus on to attain good communication in a social intercourse.

Many skills lead to a perfect social interaction setting, but I think in this article, it would be enough to list just some principles and I will try to include others implicitly within those principles.

Try to smile as much as possible in a social interaction. Smiling helps you feel relax and think positive about yourself. A smile also conveys a message to your addressee that you are approachable, sociable and good communicator and more than that a smile means you are self-confident. Though a smile may seem simple or trivial, it plays a vital role in building relationships.

Being a good listener

Listening is a power and only highlyspiritual and motivated people would recognize it. Listening to your follow workers, friends or family members make them feel important and appreciated. This skill can be applied by using a number of nonverbal signals like nodding, pausing, eye contact or any other facial expression which shows interest and attention.  Remember that listening is one of the most important skills needed in anger management and conflict resolution.

Try to thank others. Appreciating can build good relationships. Try to acknowledge their effort in front of all and make them feel appreciated. Appreciating others make them feel relaxed and less stressed. Saying “thank you,” despite how simple it might sound, expresses gratitude and positive meanings.

Finally I would like to enclose this article by depicting an example of interpersonal skills within Moroccan society. Mr. Benkirane and the leaders of PJD in general seem to master interpersonal skills. PJD party owes their success to their ability to understand Moroccan people needs well and how to address those needs employing good interpersonal skills. PJD leaders have developed the aptitude to realize how the Moroccan communication process functions, so they have set up and adjusted a good approach that impresses and influences Moroccans. PJD party has applied a number of well-developed social and communication skills which push Moroccans to vote for them.

This means that PJD leaders employ effective communication skills to address Moroccan people and their needs, regardless of their political agenda or project. PJD party uses a political discourse which is imbibed from the Moroccan culture that is pure Moroccan. To put you in the picture, Benkirane in his discourse frequently refers to ‘the people’, “the customer” and speaks in their names with a language that anybody can understand.

PJD leaders exhibit closeness to common people by deploying a number of interpersonal skills such as colloquial language, daily life Moroccan proverbs, accessibility, their dress code, and also breaking all the rules of social elitism. They always try to include themselves among the commons and share their characteristics either by praying next to them, shopping at popular markets or eating fany other popular food. I have a friend who has never been to school and he always says “Benkirane is good.” When I asked him his reasons why, he replied, “I love his way of speaking and his sense of humor.”  PJD members are humble. Rabah, the minister of transportation came here yesterday and had Bisara, he added.

The mentioned-afore example portrays well the communicative approach that PJD party is employing and surprisingly many Moroccan Politics leaders start adopting this communication style including the Moroccan Opposition- starting with Benkiran and moving to Chabbat and recently Lchegar and Ilias Lomari. Politicians in Morocco finally started recognizing that the best way to communicate or build good social relations with Moroccans is by breaking all elitism rules and empathize with them.

Mohammed Amine Qasserras is s a teacher of English in Rabat. He received his B.A in English Studies and Culture. He has published a number of articles and short stories in different publications. In 2010 Mohammed was a visiting Fulbright Scholar at City University of New York teaching Arabic Studies and Culture.