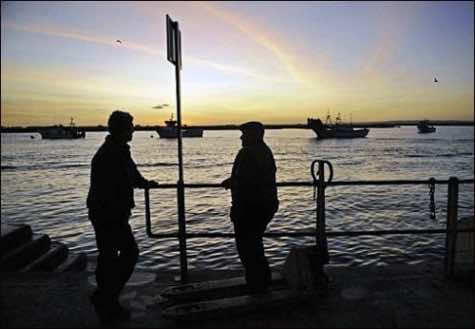 Moroccan and European experts had been meeting from January 30 through February 1st at the European commission, for a 4th round.

Negotiations put the focus on fishing possibilities by categories and the financial compensation.

Moroccan negotiators stressed the need to reach “a fair and balanced agreement as far as catches, profits and financial compensation are concerned.”

During the previous rounds, experts of the two sides had agreed that the new partnership agreement should necessarily secure Moroccan sea resources preservation and lasting exploitation.

They also agreed on the need to take into account the interests of Morocco and of the fishing professionals and to guarantee that the new agreement considerably contributes to the development and modernization of the Moroccan fisheries sector.

Under the Morocco-UE fishing agreement that the European parliament refused to extend in December 2011, 119 fishing licences were granted to the European