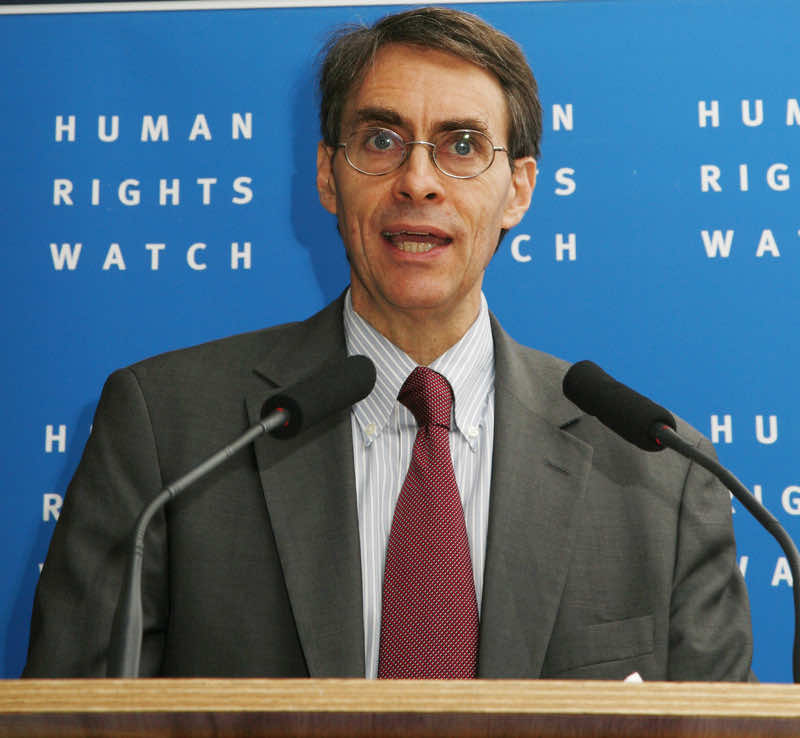 The 2013 Human Rights Watch report released on Thursday drew a mixed picture of the situation of human rights in Morocco, signaling a number of abuses and “attempts of repressing basic rights and liberties” despite the new constitution.

“Human rights conditions were decidedly mixed in Morocco, as a 2011 constitution containing strong human rights provisions did not translate into improved practices”, said the right group in its 665-page World Report 2013, in which it assessed the state of human rights in more than 90 countries during the past year, including an analysis of the aftermath of the Arab Spring uprisings.

Human Rights Watch documented a contradiction in the statements of Moroccan political actors regarding Freedom of Speech giving the example of Mustapha Ramid, the justice minister, who admitted in a television interview that among Morocco’s 65,000 prisoners there were no prisoners of opinion. A statement said the HRW, “which contradicts with the incarceration of rapper al-Haqed and student Abdessamad Haydour for their peaceful speech”.

The report points to the case of the popular Moroccan columnist and editor of al-Masa’ daily Rachid Nini who served a one-year prison sentence on charges based on his articles. Also, Moroccan authorities revoked the accreditation of AFP journalist Omar Brouslky on October 5 because of an article describing a political party running candidate as being close to the palace.

The chapter on Morocco also highlights the state of Moroccan prisons whose main characteristic is overcrowding.

“Prison conditions were reportedly harsh, due in large part to severe overcrowding, a problem aggravated by the frequent resort to pretrial detention by judges,” the report says.

As regards torture, the report bases its findings on the conclusions drawn by Juan Mendez, the United Nations Special Rapporteur on Torture, after his visit to Morocco in late 2012.  The UN official had noted the “Political will among authorities to build up an institutional culture that prohibits and prevents torture and ill-treatment”. However he also stated he had received “credible reports of beating (by police) with fists and sticks, application of electric shocks and cigarette burns”.

According to Mendez, in spite of the safeguards against torture, in practice they remain ineffective, since “‘there is no evidence’ torture has happened and so the confession or declaration remains on the record and no serious effort is made to investigate, prosecute, and punish perpetrators.”

“Courts deprived defendants in political cases of the right to fair trials and in a number of cases ignored their requests for medical examinations following their allegations of torture, refused to summon exculpatory witnesses, and convicted defendants based on apparently coerced confessions”, the report says.

However, the organization acknowledged Morocco’s efforts in upholding women’s rights. “The new constitution guarantees equality for women(…) Major reforms to the family code in 2004 raised the age of marriage from 15 to 18 and improved women’s rights in divorce and child custody”, it said.

The report pointed out that Morocco’s laws prohibiting the employment of children under the age of 15 have contributed to the decline of the number of child domestic workers in recent years.

In 20006, the Moroccan authorities presented a draft law to regulate domestic work and reinforce existing prohibitions on under n15 domestic workers.

In a paragraph untitled “Key International Actors”, HRW declared that Morocco is enjoying an international status that is significant among other countries in the region.

In 2008, the European Union gave Morocco “advanced status” placing it a notch above other members of the European Neighborhood Policy (ENP). France, Morocco’s leading trading partner, called it “a model” during the Arab Spring and hailed its “exemplary” progress toward democratization, the report added.

“The United States continued to publicly praise Morocco’s reform efforts. Former Secretary of state Hillary Clinton, in a statement about Morocco at the first bilateral “strategic dialogue” on September 13, voiced no reservations on human rights.”

The report mentioned the situation of human rights in the Sahara and the steps taken by Rabat to ensure access to the territory to UN official. The 2012 UN security council resolution 2044 welcomed “the steps taken by Morocco to ensure unqualified and unimpeded access to the Sahara to all special procedures of the United Nations Human Rights Council” visiting Morocco.