Morocco World News
Home News Africa Back to school, a sign the ‘war is over’ in Timbuktu 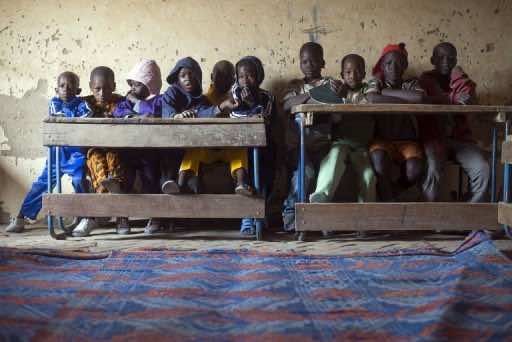 Schoolteacher Ahmed Mohamed Coulibaly wipes the blackboard with a flourish, erasing the last date children came to school in the fabled Malian city of Timbuktu: March 22, 2012.

That was the day a group of soldiers ousted Mali’s government, paving the way for armed Tuareg and Islamists to capture Timbuktu 10 days later, and marking the beginning of 10 months of brutal rule under their version of Islamic law.

Now life in the fabled desert city on the edge of the Sahara is slowly getting back to normal after it was freed on Monday by a French-led offensive.

“Our school in Timbuktu has reopened. The war is over for us,” says Coulibaly.

Girls and boys mill around a fountain in the sandy courtyard of the Mahamane Fondogoumo primary and high school, waiting for class to begin.

Amid Dramane, 15, is wearing a football jersey of the national team and has a notebook tucked under his arm. For the past 10 months, “I just played football in the street, but I was afraid of the Islamists,” he says.

He lists the names of the triad of extremist groups who seized Mali’s north: Al-Qaeda in the Islamic Maghreb (AQIM), Ansar Dine (Defenders of the Faith) and the Movement for Oneness and Jihad in West Africa (MUJAO).

The Tuareg rebels who kickstarted the rebellion, seeking an independent state, are long gone after being sidelined in July by their former allies, who were more interested in radical Islam.

“They whipped you when you smoked, when you danced. And if you stole they cut off your hand,” says the youth as the children start filing into class.

Four days after the French-led troops received a rapturous welcome in the town, the recent crisis seems a fitting subject for some 30 students in Coulibaly’s class.

“Who caused this crisis?” the teacher asks.

“The Is-la-mists!” chant the excited children.

Coulibaly asks the class what the Islamists did, prompting laughter when one girl pipes up: “They cut the telephone network!” 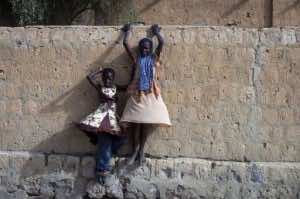 “And what else?” the teacher continues.

“They cut off hands, hit the boys… and the girls.”

An old poster of ousted president Amadou Toumani Toure dating to 2007 still hangs on a wall of the classroom.

“When the coup happened, the students left of their own volition,” says school principal Aichatou Amadou, in her small office decorated with educational pictures on the human skeleton and reptiles.

“Their parents were scared for them. Then on April 1 Timbuktu fell into the hands of the Tuareg rebels in the morning, and the Islamists arrived in the afternoon.”

Amadou says that from that moment on, there was no more administration.

“No mayor, no governor, no prefect, no soldiers, no civil protection. Everyone left. We found courage. We stayed,” she says.

“But we refused to open the school when the Islamists made their demands. They wanted classes to be held in Arabic, that we change the curriculum, that girls wear a veil. We couldn’t accept that.”

The school officially counts 1,400 students, 626 of whom are girls.

“The Salafists wanted an Arabic school. But I don’t even speak Arabic!” says teacher Fatouma Loulou. “And they told us to separate boys from girls, while in Timbuktu our schools have always been mixed, even the Koranic schools.”

The school seems to be the first to re-open in the town where French and Malian troops still patrol the streets.

On Thursday evening Colonel Paul Geze, commander of the French troops who helped seize the town with Malian backing, said he had met with local government officials who had recently returned from Bamako.

“I told them that I would like school to begin again in Timbuktu as quickly as possible. As a very strong sign of a return to normal life,” he said.