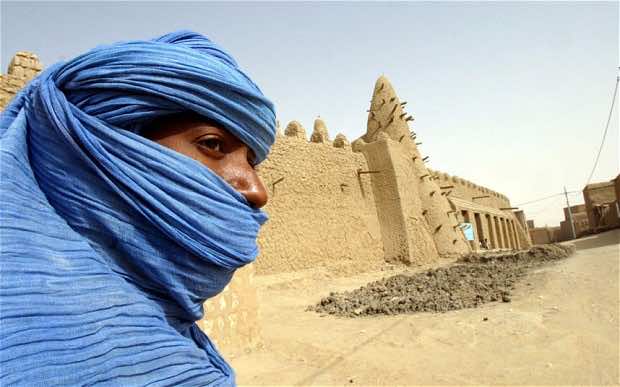 The number-three leader of the armed Islamist group that controlled Timbuktu in northern Mali until last week, Mohamed Moussa Ag Mouhamed, has been arrested near the Algerian border, sources said Sunday.

“The number three leader of Ansar Dine (Defenders of the Faith), the one who sowed terror, who ordered people’s hands cut off, who supported the strict application of sharia, was arrested by an armed group,” a Malian security source said.

Mohamed Moussa, as he was known in Timbuktu, is being taken to the northeastern city of Kidal, the last bastion of rebels who controlled northern Mali for 10 months before being ousted in a French-led military operation launched on January 11, the source said.

The information was confirmed by a Kidal regional official, Abdoulaye Toure, though the two sources gave conflicting accounts on which of the area’s rival groups had arrested him.

The arrest was believed to have been carried out either by the Azawad National Liberation Movement (MNLA), a Tuareg separatist movement, or an Ansar Dine splinter group, the Islamic Movement of Azawad (MIA).

Azawad is the Tuareg name for northern Mali.

“He was the ideologue of Ansar Dine in Timbuktu,” Toure said.

“He was called Ansar Dine’s number three, but in reality he was the brain of the organisation, the doctrine in Timbuktu. He was arrested in Hallil near the Algerian border by a (formerly) allied armed group.”

Toure also said a man accused of taking part in the kidnapping of a French hostage in November had been arrested in the same area.

French officials say seven French hostages are believed to be held in the area, which is near where 30 French warplanes carried out major air strikes on Sunday.

Kidal,which French and Chadian troops have been working to secure, was an Ansar Dine stronghold, but the MIA recently broke away and renounced
“extremism and terrorism”.