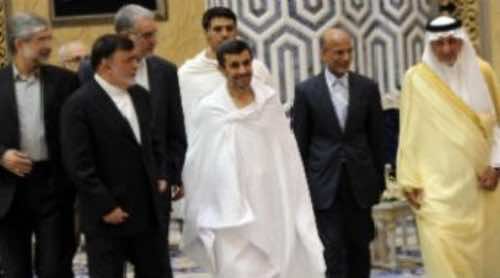 Leaders of Organisation of Islamic Cooperation states are to meet in Cairo on Wednesday to tackle crises ranging from the French-led battle against Islamist militants in Mali to the Syrian civil war.

Foreign ministers will begin a two-day meeting in the Egyptian capital on Monday to prepare for the summit, which will include leaders of 26 of the OIC’s 57 states.

The summit had been scheduled to take place in 2011 but was postponed due to the regional uprisings that overthrew four Arab dictators, including Egypt’s President Hosni Mubarak, the OIC’s secretary general Ekmeleddin Ihsanoglu said.

The summit “will discuss the major conflicts in the Islamic world,” the former Turkish diplomat told AFP.

It will provide OIC members, with their differing foreign policies, a chance “to coordinate positions and support the states’ sovereignty and territorial integrity,” he said.

“Personally, I am very concerned about violence and religious extremism in Islamic countries, which face economic problems and political corruption, as is the case in Mali,” he said.

“We must respect the borders and territorial integrity of African states,” he added.

Sudan in 2011 split into two countries — South Sudan, led by Christians and the Muslim northern Republic of Sudan — after a referendum following a peace deal that ended a prolonged civil war.

“The acceptance of South Sudan’s secession on an ethnic and religious basis opened the way for movements in other countries to demand independence,” said Ihsanoglu, who will step down from his post at the end of the year.

The conflict in Syria, suspended from the OIC in August 2012, will also cast a shadow over the summit, which is expected to include President Mahmoud Ahmadinejad, in the first visit to Egypt by an Iranian president since Iran’s 1979 Islamic revolution.

“We can no longer be silent about the massacres and destruction in Syria and the international community’s impotence in stopping the bloodshed,” said Ihsanoglu of the two-year conflict that has killed tens of thousands of people.

He said “peaceful dialogue is necessary for a democratic transition.”

Syrian opposition leader Ahmed Moaz al-Khatib said this week he was ready to begin talks with the regime, barring leaders with “blood on their hands.”

Assad’s regime has also said it is willing to hold negotiations, but not with “terrorists,” a term it loosely applies to the opposition in general.

The official Egyptian MENA news agency published a draft resolution the summit is expected to adopt, which will call for a “serious dialogue” between the main opposition groups and “forces who believe in political transformation in Syria.”

In a possible reflection of strains between Saudi Arabia and post-revolution Egypt, with the once banned Muslim Brotherhood at the helm, the conservative, Gulf kingdom has nominated one of its former ministers to replace Ihsanoglu, a diplomat said.

Saudi Arabia wants to “regain the initiative against Muslim Brotherhood-led Egypt, which takes over the presidency of the group,” the source said of the nomination of Iyad Madani, a former information minister.