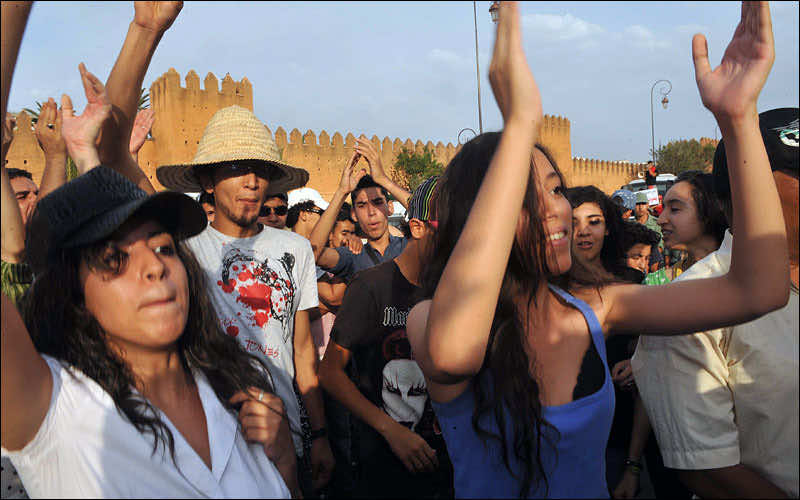 Young Moroccans will soon get easier access to a number of services, from employment to transportation, healthcare and cultural opportunities.

A new special “youth card” is part of a global approach aimed at the advancement of young people through a number of initiatives, Youth and Sports Minister Mohamed Ouzzine told Parliament on January 14th.

“This gives young people what they’ve been asking for. It sends out a strong signal that we’re thinking about young people who are looking for practical measures which will have a positive effect on their everyday lives,” the minister said.

In particular, he cited the need to guarantee quality training for young people to improve their skills.

“We are in the process of bringing together all the recommendations from the young people who took part in the national debate. An inter-ministerial commission is working on the matter, which covers a number of aspects such as employment, the use of foreign languages, culture and so on,” Ouzzine added.

He said that the ministry had not yet set the age range for those who will receive the card, given that discussions on the matter are still on-going.

“The challenge is to specify what is meant by ‘youth’. There are a number of different definitions. The United Nations sets the age range at 18 to 25 years, but the Arab League puts it between 16 and 35,” he said.

The on-going discussion is part of  Morocco’s national youth strategy.

Sociologist Siham El Ouardi said that setting up a card for young people is a major step forward in the advancement of Moroccan youth.

“By receiving this card, young people with limited financial means will be better able to travel around and take advantage of the cultural and tourist services on offer. This is a good practical initiative,” she said.

As for the young people themselves, some welcomed the measure while others think it is still not enough.

Hakima Cherrat, a 22-year-old secretary, is in the first camp. She said that young people in Morocco enjoyed no privileges up until now, whereas in other countries young people are a top priority.

“By launching this card, they’ll move from the discussion phase to concrete action. Young Moroccans really need this scheme, which will simplify their daily lives,” she said.

Said Mrabi, 20-year-old student, said the card was a step in the right direction, but action should be taken in other areas “such as education and training to improve their integration into the labour market”.

“Steps need to be taken to help take young people out of unemployment. Politically speaking, we need to value Moroccan youth more,” he added.