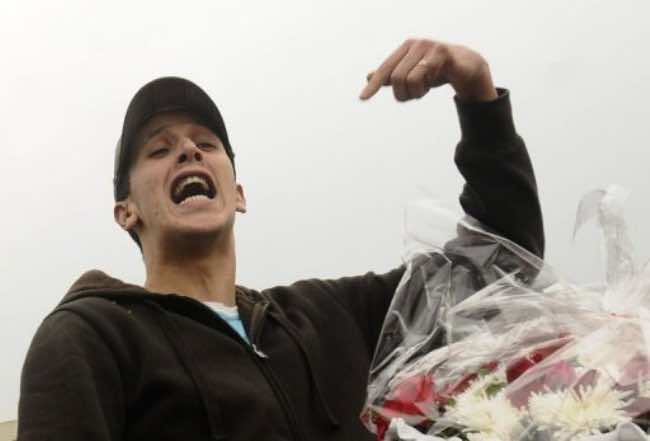 Moroccan rapper Mouad Belghouat, jailed in July for defaming the police, has begun a hunger strike in protest at the conditions of his detention, several friends said on Monday in claims denied by the prison.

“He decided to begin a hunger strike on Monday after a series of provocations and in the absence of a response to his demands to meet the prison director as well as a doctor, as he feels physically weak,” Maria Karim, a close friend and activist with the February 20 protest movement told AFP.

The prison authorities have confiscated all his writings saying that some of them undermine public institutions, but did not elaborate, according to his friends.

Mohamed Bendriss, the director of the prison in Casablanca where Belghouat is being held, categorically denied that he had begun a hunger strike when contacted by AFP.

Belghouat, who goes by his rapper name Al-Haqed (The Rancorous One), was considered a public face of the February 20 movement that was born in 2011 during the Arab Spring, and which demands sweeping political reforms in Morocco.

He was first convicted in May last year over a song he wrote called “Dogs of the State,” which denounced police corruption and was deemed an affront to the entire police service.

The main evidence against the rapper was a YouTube video containing a photo-montage of a policeman whose head had been replaced by that of a donkey.

According to Human Rights Watch, Belghouat denied any connection with the video other than that it was set to his song.

The New York-based rights group said the conviction “shows the gap between the strong free-expression language in Moroccos 2011 constitution and the continuing intolerance for those who criticise state institutions.”

Last month, the musician was awarded a prize for integrity by the watchdog Transparency Morocco, for his “honesty and the justice of his fight for an integrated and transparent society.”