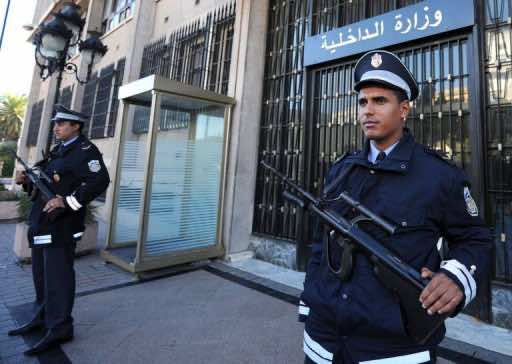 A Tunisian judge on Monday barred a private radio station from broadcasting an interview with a Salafist leader wanted over deadly acts of violence, including a US embassy attack, saying it could contain “coded messages.”

Mosaique FM editor in chief Neji Zairi said he would appeal the transmission ban, which the radio slammed as an attack on freedom of expression.

The interview “might contain coded messages capable of influencing the investigation (of Abu Iyadh) and disturbing public order,” judge Jalel Eddine Boukhtif said in a letter to Mosaique FM that was read out on air.

He said the authorities would confiscate the audio and video recording of the interview.

Abu Iyadh, whose real name is Seif Allah Ibn Hussein, heads the Salafist group of radical Muslims, Ansar al-Sharia, and is the suspected organiser of the attack on the US embassy last September, in which four people died.

It was the first time the judiciary have made public the charges against the Salafist leader, who risks the death penalty if convicted.

The radio station’s editor in chief criticised the ban saying: “We will not transmit the interview, out of respect for the judiciary, but freedom of expression in Tunisia is… getting smaller each day.”

Ansar al-Sharia said on its Facebook page that it would publish the interview in its entirety.

Mosaique FM said Abu Iyadh spoke in the interview about his flight from the authorities, his position towards the ruling Islamist Ennahda party and recent clashes between Islamist militants and security forces near the Algerian border.

Abu Iyadh evaded capture after the US embassy attack, and has since posted several videos on the Internet, including one in November in which he appealed for calm after deadly clashes between police and militant Islamists in a Tunis suburb.

But he also warned the authorities of an “explosion of anger,” and said that “the blood of our brothers will sooner or later bring about the installation of God’s law.”

Abu Iyadh is one of the two leaders of a Tunisian group suspected of organising the assassination of the Afghan nationalist warlord Ahmad Shah Massoud on September 9, 2001.

He was jailed for 43 years under ex-dictator Zine El Abidine Ben’s regime, after being extradited from Turkey, but was freed under an amnesty for political prisoner following the 2011 revolution that ousted the former president.

Since the mass uprising two years ago, Tunisia has witnessed a wave of violence blamed on Salafists, including attacks on Sufi shrines.

The government has warned in recent months of jihadist groups linked to Al-Qaeda in the Islamic Maghreb, the terror network’s regional franchise, infiltrating Tunisia’s borders and trafficking weapons, notably to northern Mali.

Algerian officials said 11 of the 32 Islamist gunmen who overran the In Amenas gas field last month, launching a hostage crisis that left dozens of foreigners dead, were Tunisian.