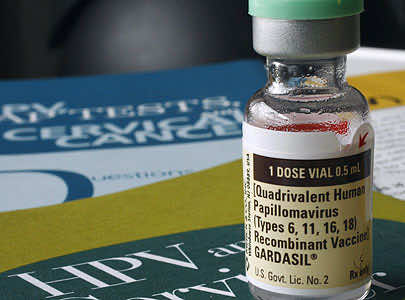 Fatima-Zohra and Mohamed had been happily married for six months, when she and her husband moved from Morocco to the United States. There, she found in order to purchase birth control pills (not sold over-the-counter in the United States), she would have to have a gynecological examination (each year), complete with a Pap Smear (standard lab test for HPV infection).

Fatima Zohra was extremely shocked when the doctor’s office called her back with the results of her examination. Married for seven months at this time, the nurse explained that her examination had indicated precancerous cells. The next step was a biopsy, in which a small tissue sample from the cervix had to be taken in order to determine the exact strain of the infection. The result was an infection with types 16 and 18, which are especially virulent in causing cervical cancer. 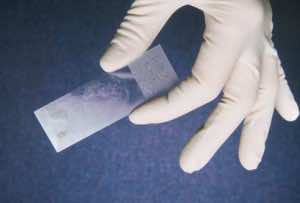 Fatima Zohra was devastated. She learned from her husband that in the years before their marriage, he had visited prostitutes in Morocco for many years. She says, “Mohamed said he didn’t want to admit it to me, but he said he decided to tell me the truth because he didn’t want to start our marriage off with a lie. He wanted us to be honest with each other.”

Fatima Zohra’s problem was caught early enough that she and Mohamed were able to get effective treatment. She was put into surgery under general anesthetic. The treatment (if it is caught early enough) is to use a laser to burn all the cells on the outside surface of the cervix, and all over the vaginal walls. She was able to go home at the end of the day, and it takes three weeks to recover.

Doctors treat a man by wrapping a vinegar-soaked cloth around the penis for two full minutes. The purpose of this is that the vinegar makes any lesions on the man’s skin turn temporarily white, and makes them easier to see. (Doctors tell men that they can also use this technique at home to examine themselves, although if you are worried, you should see a doctor who can explain this precisely.) The doctor then examines the man with a magnifying glass. These lesions are generally easy for the doctor to see. 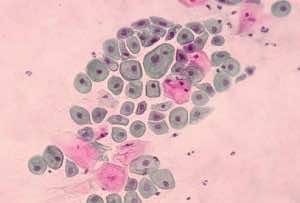 In the case of Mohamed, they were. He had one main area the doctor pointed out. He said, “I’ve had that spot in this place since I was about 20 years old.” The doctor described two possible treatments. One treatment is burning off the spots with a laser (the more preferred and more effective treatment), while the other treatment is freezing off the spots.

Fatima Zohra was present for Mohamed’s treatment in America (he wanted her there with him for moral support). Fatima Zohra says, “The doctor said he had to inject anesthetic into Mohamed’s penis before he could treat the spot with the laser. That was incredibly painful for Mohamed. Then he had to burn spots with a laser-tool which looked about the size of a pen connected to a wire. Once the treatment was finished, he wrapped Mohamed in a bandage, and gave him a small bottle of a product called Podophyllin (an acid to burn HPV warts) which was to be applied periodically with an ear-cleaning swab. It took about three weeks for Mohamed to recover, as well. We were instructed not to make love without condoms for several months, when they could confirm the infection was gone.”

Fatima Zohra continues, “Unfortunately for us, after two or three months, I assumed we would be all right after all this treatment. We were on a romantic vacation, and I begged my husband to make love to me without the condom. And then, at our next examination, I found I was infected again. We had to go through the same treatments all over. After one year, they confirmed to us that the infection appeared to be cleared up, but that Mohamed should continue to check himself with vinegar each month, and immediately come back if he noticed anything. Of course, I would have yearly Pap Smear tests, as all women do in America.”

“After two years, we finally could start our family. We moved back to Morocco, and had two children, a girl and a boy, fairly close together. I knew the importance of getting a pap test, and found a good doctor here in Morocco. He said I had received the best possible treatment in the United States. After three years, the Pap Test in Morocco again found pre-cancerous cells. I underwent another laser surgery in Morocco, for the third time (where I at least found it much less expensive than in the United States.)” 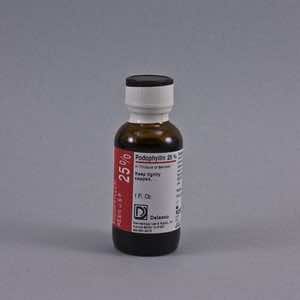 “Mohamed went to one doctor here in Morocco, who told him that, ‘HPV isn’t a problem for a man. It’s only a problem for women. You don’t need any treatment.’ Thankfully, we knew better! (It can cause penile cancer in men.) When we found another doctor, specialized in this problem for men, he told us that the same variety of treatments for men with HPV was not available in Morocco. The only option was freezing, no laser treatments. He would not let Mohamed leave his office without undergoing the treatment. (It must be if they don’t manage to treat the man right there and then, he never comes back, and goes on to spread the infection to others.) I wasn’t with him. Mohamed came home really traumatized. He found the freezing option extremely painful. He claims he never felt the same afterward, and that it still bothers him years later. However, a friend later told me her husband had had the freezing treatment and didn’t find it too bad, so perhaps it varies from man-to-man.”

“Most of all, the freezing treatment did not work well enough this particular time. Mohamed was not cured and I had to have two more surgeries (for a total of five). Podophyllin is not available in Morocco. We tried to get some in Britain one time, but it is not available there without a prescription, and we were only there for a few days on vacation.”

“This issue has really affected our marriage. Thankfully, we were able to have enough relief from the problem, for a time, and were able to have our two healthy children (it can be transmitted through childbirth, too). But since Mohamed found the freezing so painful, he refuses to go back for any more treatments of any kind. I told him after five surgeries, I cannot continue to go through this to take the risk of dying from cervical cancer. So the only option left to us for many years has been to use condoms, and be very careful, which has been rather depressing, and not very good for our married life. But I feel sorry for all the women who know nothing about this, and who are dying of cervical cancer every day in Morocco.” 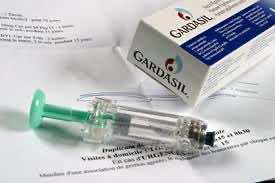 “The very best thing is this new vaccine against the worst types of HPV. Some African countries are providing the vaccine for free to all young girls. The vaccine in Morocco is available, but it is expensive, about 1200 DH for each shot in a series of three which are required over a period of six months. But the very minute this became available in Morocco, I got it for my daughter, through her pediatrician. I don’t ever want her to go through what I had to go through. Of course, she knows nothing about her parents’ private story.”

Cervical cancer (caused by infection with the HPV virus) is a serious health problem in Morocco (as it is in many countries). This morning, I was gratified to hear a doctor on the Moroccan radio addressing this issue, because it is the number two cause of cancer deaths in Morocco (after lung cancer). Most victims of this cancer are women, and I personally know of several women, such as Fatima Zohra, who are touched by this problem. Fatima Zohra’s story has haunted me since I knew about it, and I hope it will help others to avoid this problem.

The most important point made by the doctor on the Moroccan radio was that every woman who has ever had sex (even one time) should have a Pap Smear every year, until at least age 70, and for at least ten years after she has ceased being sexually active (such as in the case of older, or even widowed women). The test is not unreasonably expensive (about 200 DH at a private doctor). Sometimes HPV infections can develop quickly, but other times, they develop slowly over a period of years.

If this problem is caught in the early stages, and treated properly, it can be prevented from developing into cancer, and even be cured. The cure rate from early stages, according to the doctor on the Moroccan radio, is 85%. However, he said that unfortunately, most women in Morocco are not getting yearly Pap Smears, and most women don’t go to the doctor to have it checked out until they have severe symptoms and have already developed full-blown cancer. At that stage, there are fewer than five percent of women who can be helped, even if they go to France, even if they have every possible modern treatment.

Men also need to be aware of this problem, and aware that their behavior as a youth might affect their future wife’s very life.

Part 2 of this series (to be out shortly) will deal with facts about, and prevention of, HPV infection in Morocco.